Monday July 25, 2011 9:24 am PDT by Eric Slivka
Last week, we covered the story of fake Apple retail stores popping up in China and noted a follow-up report from The Wall Street Journal in which employees of the stores shared their thoughts about simply wanting to provide the highest levels of service to their customers. 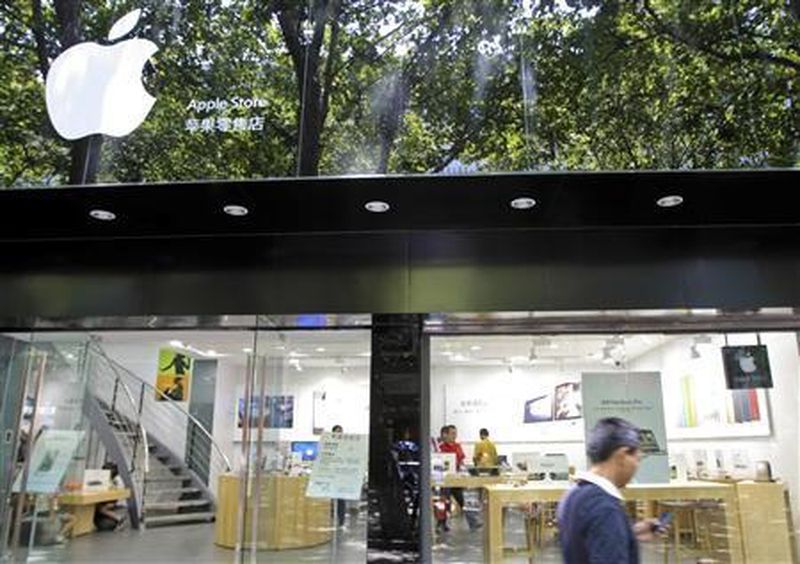 Reuters now reports that officials in the city of Kunming where the fake Apple stores were publicized have discovered five such stores and have shut down two of them. The shutdowns were due to a lack of proper permits, however, rather than for any sort of infringement of fraud related to mimicking Apple's store designs as investigations on that front continue.

"Media should not misunderstand the situation and jump to conclusions. Some overseas media has made it appear the stores sold fake Apple products," said Chang Puyun, spokesman of Kunming government's business bureau.

Officials are investigating whether Apple had applied with the Chinese government to have its store design and layout protected by law, Chang added.

The report notes that Chinese law prohibits companies from copying the "look and feel" of other stores but that enforcement of those laws is "often spotty". Many customers of the stores in question have expressed outrage over the news, feeling that they had been misled into thinking that the stores were genuine Apple-run shops and worrying that they had been sold fake products.

Apple has of course been making a significant effort at penetrating the Chinese market, having opened four large retail stores in Beijing and Shanghai and planning to open several dozen more stores there. During last week's earnings conference call, Apple executives noted that the company's sales in "greater China" totaled $3.8 billion for the quarter, six times that of the year-ago quarter.

They should go to Kinkos and put a couple of these jumbo size in the store window.

Uh, no you haven't, Hop Sing. See that really big Apple logo outside of every store? That's just one, for starters.

BaldiMac
I am amazed by the number of people who are defending these fake stores. This isn't just about trademark violations or copying a store layout. It is fraud. Plain and simple. How is that acceptable?
Rating: 4 Votes

WardC
I have noticed many are saying "Because they are selling genuine Apple products, what harm could be done by operating these stores?"

The whole point is -- These are not real Apple stores, the employees are not real, trained Apple employees, thus the "Apple Store experience" is not controlled by the company, as it is in the real Apple Stores. Apple dictates how things are done (and sold) in their stores, the employees are instructed on how to conduct business with customers, and in these "fake" Apple Stores, Apple has no control over what goes on, as far as the customer experience goes. The physical store is not up to Apple specs, and the products offered at the stores may not be the exact line-up, brands, and selection that Apple has approved to appear in the stores. Thus the physical store make-up, the employees, and the product selection is not up to Apple-spec....it is not an Apple authorized, trained, and controlled experience. So, these stores should be shutdown --- they are not offering the customers the "official" experience that Apple wants to deliver to the customers. That is the point I am trying to make.
Rating: 4 Votes

This is a sign for Apple to hurry up and open more Apple Stoers (I mean Stores) in China.
Rating: 4 Votes

DisMyMac
Shut down the phony Chinese restaurants operating in the U.S. They're all cheap imitations of Asian cuisine, not authorized to do business or serve customers.

Copying the "look and feel" of the Orient is a crime - Americans need to respect Asian customs and law if they want to do business.
Rating: 3 Votes

I wonder if the "Genius" section lived up to its name in these stores... not that the real store is a benchmark.
Rating: 3 Votes

Not really the point. These fake stores were deceiving customers into thinking that they were making purchases from Apple itself; that is surely illegal.

Still, China's contempt for anything Western means the practice won't be stopped by the authorities, even if publicly they say otherwise.


Maybe its just me but...as a consumer, It wouldn't matter to me if i was buying an Apple product directly from Apple...or Best Buy..or one of these knock off Apple stores. As long as it is an official Apple product. Does it matter as a consumer? Your still getting the same product and warranty.
Rating: 2 Votes

iMacThere4Iam
I wonder if someone will open a fake Microsoft Store nearby.
Rating: 2 Votes


So yeah steal someone else's IP as much as you want but if you don't pay the government they cut, they shut you down.


What IP has been stolen?
Rating: 2 Votes