Fake Apple Store Employee: We Just Want To Do A Good Job

I just care that what I sell every day are authentic Apple products, and that our customers don’t come back to me to complain about the quality of the products.

This is what an employee at the fake Apple Store in Kunming, China told a reporter for the Wall Street Journal. Earlier this week we reported on these counterfeit Apple Store that appeared in China, that closely mimicked the layout of Apple's own retail stores. 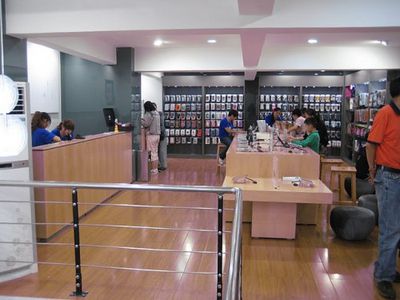 The WSJ couldn't get in touch with the owner or manager of the store, but did get in touch with a salesperson who confirmed that the store was not an authorized reseller -- but did sell genuine Apple products at the same prices as those on Apple's website.

The salesperson said it didn't "make much of a difference" if they were authorized. Instead, as the quote above illustrates, the staff in the store simply want to do a good job selling Apple products -- just like the authentic employees at an Apple Retail Store.

Apple Store Sanlitun, Beijing, China
Regarding the counterfeit stores, the salesperson felt his "store should be one of the best in terms of scale and the level of professionalism," noting that the employee t-shirts and name lanyards give it a similar look and feel to the authentic Apple Stores in China, in Beijing and Shanghai.
[ 148 comments ] 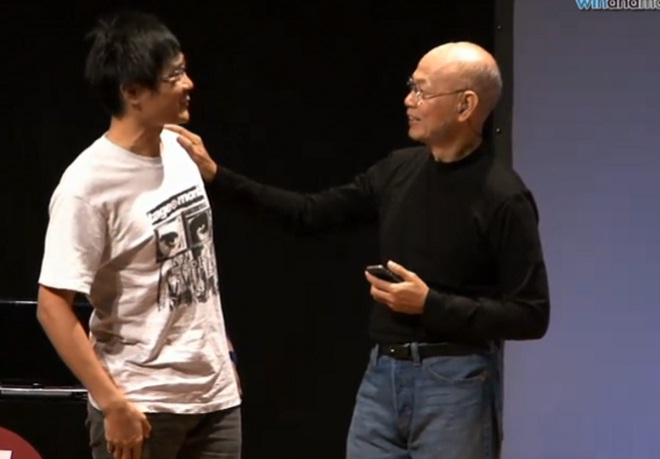 emvath
I wonder if they have to fake a sense of pretentious smugness required of real apple store employees...
Score: 16 Votes (Like | Disagree)

ComputersaysNo
Just keep a straight face when handing over wads of monopoly-money.
Score: 16 Votes (Like | Disagree)

I wonder if they have to fake a sense of pretentious smugness required of real apple store employees...


He sounds nicer than some US Apple store employees! Maybe they should hire him.
Score: 12 Votes (Like | Disagree)

I find the smugness and audacity of an Apple Store employee increases with the distance from Cupertino and distance from a tech industry hub. A friend of mine was back east, I think Rochester, NY, to visit family and help get a printer for his mother who owned a Mac. My friend is no civilian and has done several designs in Silicon Valley that are on retail shelves.

They get to the local Apple store and this Apple store employee, a kid just out of high school, starts to talk down to my friend's mom on what kind of printer to get. My friend interjected knowing this guy was just trying to up-sell a higher end printer with features that are not needed. The kid, in a smug note, starts to talk down to him when questioning the selection. My friend then firmly says, "That is it! Quit with the up-sell and I doubt if you know more about the Apple product line that me." Post-high school red-shirt kid totally breaks his game face and says, "Oh yeah smart-ass, prove it!"

In that moment, my friend pulls out a photo in his iPhone of himself and Woz at a party up in the Los Gatos hills. He then tells the kid he has consulted in Cupertino and if he wanted, could get him fired with a few phone calls for being such a dick. High school kid is wigged out and gets someone else in the store to help out getting the printer.

Was told he didn't get him fired by his next review wasn't the best.


So the "non-civilian" couldn't just tell his mom what printer to get?
Score: 10 Votes (Like | Disagree)

jackc
How do they get the products to sell at a markup?
Score: 9 Votes (Like | Disagree)
Read All Comments

Friday August 12, 2022 12:46 pm PDT by Juli Clover
Samsung this week launched its fourth-generation foldable devices, the $1,000 Galaxy Z Flip and the $1,800 Galaxy Z Fold. Though there's no sign of a comparable Apple foldable device on the horizon, rumors suggest prototypes are in the works, so we thought we'd take a look at Samsung's newest smartphones to see what Apple needs to measure up to when a foldable iPhone does come out. Subscribe ...
Read Full Article • 225 comments