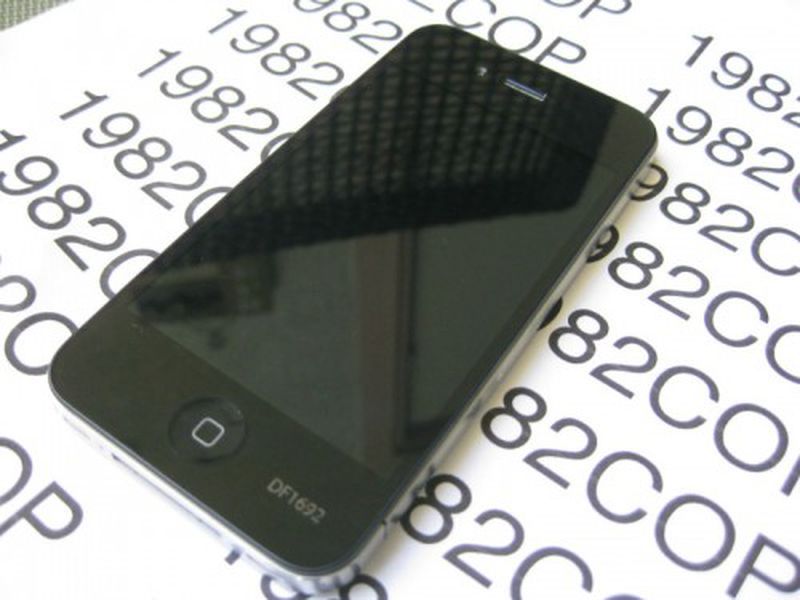 As noted by ThisIsMyNext, a prototype iPhone 4 appeared on eBay this weekend. This prototype iPhone 4 has many of the signs that it is a pre-release device. The volume buttons don't have the + and - markings as the production models have, and the FCC ID, Size and Model numbers are X'd out on the back casing. The eBay description details the findings:

1. iPhone has wear on the frame, some small marks on the rear cover, small marks on the screen. No cracks and no deep scratches.
2. Volume buttons don't have the usual + for upper button and - for lower volume button
3. Phone will not activate on at&t and when syncing with iTunes it says that this phone can not be activated with at&t sim card it won't activate (please review picture #10)
4. On rear cover Model No.: XXXXX FCC ID: BCGAXXXXX IC ID: 579C-AXXXXX (please review picture #8)
5. Front screen and rear cover has some type of numbers printed on the inside.

The iPhone 4 prototype is notable for being one of the most leaked Apple devices ever. A prototype of the device was said to be found in a bar, after which it was sold to gadget blog Gizmodo. The site then did a tear down and analysis of the device well before its launch. 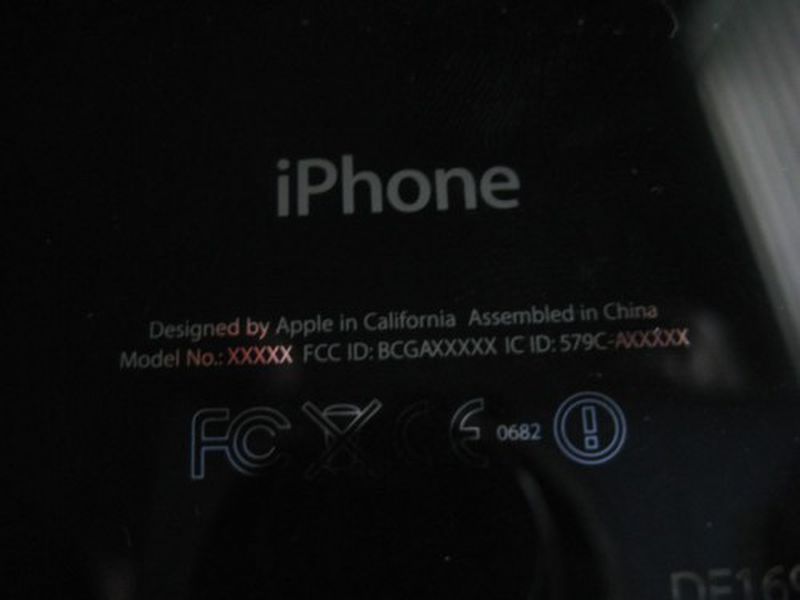 Update: As is frequently the case with Apple prototypes appearing on eBay, the auction has been shut down.

Where do you think most stolen items get sold in this day and age (not to mention all the blatant fake items on ebay)? If not craigslist then ebay. If you think otherwise then you're naive.
Rating: 2 Votes

pewra
As noted by a commenter here (http://thisismynext.com/2011/07/03/iphone-4-prototype-shows-ebay/#comment-241648222), the iTunes logo didn't change until 3 months after the iPhone was released. Assuming that a prototype wouldn't be able to use a stock firmware, this is looking a bit doubtful.
Rating: 2 Votes

And the auction is now taken down. I wonder if it was the seller or eBay?


It may have been

Payment will not be accepted using paypal due to high fees and fraud. I WILL ONLY ACCEPT Cashier check and only after it clears I will then ship the item.


rather than the item itself. eBay are militant about requiring PayPal. Basically, sell all the stolen goods you want, but don't diss PayPal.
Rating: 1 Votes

Nicolas4ever
Why someone to spent 100,000 for a prototype that's not even functional.:apple::apple::apple:
Rating: 1 Votes

wordoflife
I have a feeling that the one who is bidding the highest will just back out of it and not pay.
Rating: 1 Votes

Looks like a dodgy Photoshop to me, someone isn't particularly good with the distortion transforms.


Going by the other picture I think it was just the way the light hit it...
Rating: 1 Votes

Why does it look the X's get larger as they go from left to right on the model number?


Trick of the light shining on them at that angle?
Rating: 1 Votes

wackymacky
Likey the auction will be taken down like usual at Apple's request.

If it is a prototype then it is Apple's property.
Rating: 1 Votes
[ Read All Comments ]