Earlier this week, we noted that Apple had filed a response to Samsung's patent countersuit, calling a recent motion by Samsung to gain access to unreleased iOS hardware an "attempt to harass" and irrelevant to the case at hand. The filing came just ahead ahead of a deadline for Samsung to share its unreleased hardware with Apple.

Apple yesterday made another move in the chess match, amending its complaint against Samsung to strengthen the language and to include a number of new Samsung models, including some of those set to be turned over to Apple today, as infringing products.

Many of the changes are designed to portray Samsung's alleged infringement as an incredibly outrageous act of copying. The original complaint already accused Samsung of "slavishly copying" Apple's designs. The amended one stresses that Samsung "has been even bolder" than other competitors emulating Apple's products and has created "products that blatantly imitate the appearance of Apple's products to capitalize on Apple's success."

In addition to the original 15 Samsung models cited in Apple's lawsuit, the following models have been added: Droid Charge, Exhibit 4G, Galaxy Ace, Galaxy Prevail, Galaxy S (i9000), Gravity, Infuse 4G, Nexus S 4G, Replenish, Sidekick, Galaxy Tab 10.1, and Galaxy S II. Apple has also tweaked some of the patent claims included in the lawsuit, removing a few assertions and adding other patents to the mix.

Apple's dispute with Samsung is being closely watched for a number of reasons, including Samsung's recent strong growth with the Android platform, Samsung's role as a prominent supplier for components of Apple's iOS devices, and the vociferousness of Apple's claims of outright copying by Samsung accompanied by numerous side-by-side comparisons in support of the claims.

And I'm certainly not going to waste time with people who drop "apple fanboy" in their first post on a thread. It is funny that these people demand a response to their couched argument after starting with an insult. LOL

Strong words coming from someone who's thrown around the fanboy insult before:

The rare appearance of OS X malware is always good fun for the MS fanboy.

Yes we are all doomed to suffer waves of malware any day now...

Show us something original if you can.

Give me a break. For you to admit RIM phones lose bars too would be sacrilege. Stop drinking the RIM koolaid fanboy.

Droid fanboys are a weird bunch. They lose bars but complain about the iphone. And who is getting a free bumper?

The droid will be history in 5 years like the razor is now. The iphone will still be with us.

You have one of those phones that isn't faulty. Just like many iphone 4 owners. But that isn't what this is all about. It's about blowing the problems of each phone way out of proportion. Now the droid users are behaving like a bunch of fanboys because they can't handle it. Waaaa.

In 5 years, the manufacturer of droid will still be around, but the droid will be history. There will be some new name for the phone to get you excited but the iphone product line will still be here.

This is something for the webOs "fanboys", to borrow their words.

The Windows fanboys can't help themselves I guess. They just want to come here and bitch about everything.

I posted the other day that I wondered whether this malware was related to some of the current malware on Windows. Of course a bunch of Windows fanboys rated that negative as though that wasn't a legitimate consideration.

Turns out MS thinks it is possible.

Strong words coming from someone who's thrown around the fanboy insult before:

mactree
See there's a big difference. Samsung has the little dots that show you what page you're on at the top.
Score: 12 Votes (Like | Disagree)

Is everybody with a difference of opinion to yourself classed as a fanboy?

Here to go, as a "fanboy" I will say that elements of Samsung's TouchWiz UI are familiar to iOS and the design of the Galaxy S i9000 bears a striking resemblance to the iPhone.

What I don't understand is where devices like the Nexus S fit in. Stock Android, curved screen, no bezel... The Nexus s looks different to me.
Score: 9 Votes (Like | Disagree)

Fanboys won't tell you, just like Apple fanboys will never admit that Android is better in some aspects (I repeat, SOME). But an educated and well informed adult will tell you that Apple, Google or whatever have done things worthy of credit. Apple has done great innovations that deserve credit, but so did other companies, including but not limited to Nokia, Google, RIM, Samsung, HTC, etc, etc etc. And Apple is partially responsible for what smartphone market is right now, just as Nokia's Elop said it before.

But it is clear that you are the type of a person that you described yourself.
Score: 8 Votes (Like | Disagree)

It's possible none of the smart phones would look the way they do now. You have to remember what was out there before the iPhone.... cluncky confusing phones with horrid OS's and bulky confusing hardware that looks like junk today. I even doubt Android would be as far as they are without the iPhone.

Look how the google smartphone / Android (Prototype) looked like before the iPhone was announced: 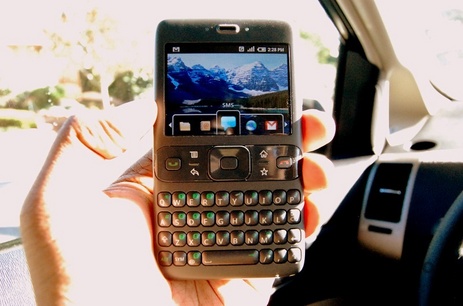 Saturday August 8, 2020 11:09 am PDT by Hartley Charlton
Apple is taking legal action against the developers of the app "Prepear" due to its logo, according to iPhone in Canada. Prepear is an app that helps users discover recipes, plan meals, make lists, and arrange grocery deliveries. The app is a spinoff of "Super Healthy Kids," and the founders claim that they are facing litigation from Apple. Apple reportedly takes issue with Prepear's logo, ...
Read Full Article • 536 comments

Wednesday August 12, 2020 7:55 am PDT by Joe Rossignol
China will no longer be the world's manufacturing epicenter going forward, according to Apple's largest supply chain partner Foxconn, which has been gradually expanding its operations in other countries amid the U.S.-China trade war. "No matter if it's India, Southeast Asia or the Americas, there will be a manufacturing ecosystem in each," said Foxconn chairman Young Liu, according to Bloombe...
Read Full Article • 105 comments

Tuesday August 11, 2020 2:11 pm PDT by Juli Clover
Logitech recently debuted the Folio Touch, a keyboard and trackpad case designed for the 11-inch iPad Pro that serves as an alternative to the Magic Keyboard. In our latest YouTube video, we compare the $160 Folio Touch to Apple's $300 Magic Keyboard to see which is better. Subscribe to the MacRumors YouTube channel for more videos. Logitech is selling the Folio Touch for $160, while Apple's...
Read Full Article • 71 comments

Tuesday August 11, 2020 2:17 am PDT by Tim Hardwick
Parallels Desktop 16 released today, bringing some notable new features and performance enhancements to the virtualization software, including full support for macOS Big Sur. When Apple introduced macOS Big Sur, it ended support for the third-party kernel extensions that previous versions of Parallels were built on. That forced the developers to re-engineer the virtualization software from the ...
Read Full Article • 121 comments