Imagination Technologies, the company behind the iPhone and iPad's PowerVR graphic processor unit (GPU), has announced that six "key partners" have already selected their next generation PowerVR Series 6 GPU (codename: Rogue) for licensing. The partners include ST-Ericsson, Texas Instruments, MediaTek as well as three "yet to be announced" licensees. 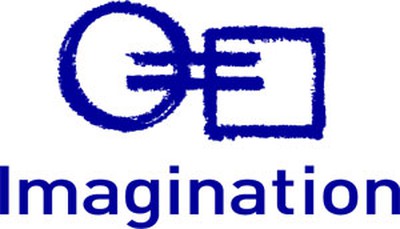 Apple has long used Imagination Technologies' GPUs to power their mobile devices and is likely one of the unnamed licensees. Besides being a major customer, Apple is also an investor in the company with ownership pegged at 9.5% back in 2009. The iPad 2 currently uses the PowerVR SGX543MP2 GPU. Combined with the A5 processor, Apple claimed the iPad 2 has 9x faster graphics than the original model. This upcoming GPU is said to deliver another significant performance boost for mobile graphics.

The press release is devoid of any hard details and offers just some vague promises of future performance.

The POWERVR Series6 GPU family, which delivers unrivalled GFLOPS per mm2 and per mW for all APIs, delivers not only a clear technology advantage and exceptional roadmap, driven by one of the largest teams of graphics engineers in the world, but also an extensive ecosystem of third party developers which has created hundreds of thousands of apps optimised for POWERVR enabled devices to date.

The new graphics processor will be backward compatible with the PowerVR SGX GPU which presently powers the iPad and iPhone, so will be an easy transition in future models.

A few numbers were detailed back in February during Mobile World Congress. According to a press release from ST-Ericsson, the Series 6 PowerVR chip will push over 350 million "real" polygons per second when used in their Nova A9600 SOC. That particular chip is said to be "sampling" in 2011.

Based on the usual lead time for these announcements, it seems unlikely we'll see these new GPUs in Apple's products until 2012 at the earliest. This more powerful graphics processor may help support the additional pixels of the rumored "Retina" display in the next iPad.

So thats the A6 sorted then.


yep. since the A4 and A5 are package deals. processor + gpu + ram. If they upgrade the gpu, they'll have to upgrade the whole processing unit. So A6.

talkingfuture
So thats the A6 sorted then.
Score: 2 Votes (Like | Disagree)

The manufacturing lines don't exist yet. They are being built, but it takes many months of construction, followed by months of preproduction work to get a line up to speed, work out the kinks, improve yield to the point where they can generate a million units per month.

You are not going to see a tablet shipping in quantity with a Retina Display this year.


Fail. We can't tell if Apple is ready for it. Example is iPhone 4's retina display, how much do we know that Apple can mass produce those displays last year? If Gizmodo didn't get the prototype, we're clueless all along. The only rumor we know is that microscope thing. ;)
Score: 1 Votes (Like | Disagree)

keihin
HiRez iPad at a Premium

Most of the discussion of a "retina" iPad assumes that the high rez screen would be a feature of the mainstream model. It seems entirely possible that the retina display would be featured on a premium, flagship model of the iPad, alongside a standard rez version. This would be similar to the way Apple has continued to market the older iPhone models. Pricing and availability of the premium iPad would be help Apple match demand to the availability of the new display components.
Score: 1 Votes (Like | Disagree)


All indications point to a complete lack of volume manufacturing capacity of a suitable Retina Display in the iPad size.

There aren't manufacturing lines that are pumping out these parts and I believe at least one manufacturer (Samsung?) has claimed that they were building suitable facilities later this year, which would indicate a functional manufacturing line sometime early next year.

As for Apple not changing "mid-stream", that is the most fatuous thing I've read. Apple has commonly disrupted (supposedly) regular, periodic updates for a variety of reasons. There is no reason to believe they can't do what they need or want to meet market demand or technical advancements.
Score: 1 Votes (Like | Disagree)

derek1984
If people thought the craze for iPad 2 was bad, wait until this drops. I passed on iPad 1 and iPad 2. Waited intentionally for retina. They better make A LOT of these. Compeitition to get one when they first come out is going to be fierce.
Score: 1 Votes (Like | Disagree)
Read All Comments