Monday May 30, 2011 9:55 pm PDT by Arnold Kim
At Computex, Intel updated the press about its roadmap for power efficient processors in the coming years. Engadget reprints the press release in which Intel predicts that a new class of laptops called "Ultrabooks" could make up 40% of the consumer latop market by the end of 2012.

These computers will marry the performance and capabilities of today's laptops with tablet-like features and deliver a highly responsive and secure experience, in a thin, light and elegant design.

Intel describes this family of notebooks as "thin, light and beautiful designs that are less than 20mm (0.8 inch) thick, and mainstream price points under US $1,000." These "ultrabooks" already sound very similar to Apple's MacBook Air which we've already heard is evolving into a mainstream product.

MacBook Air
Intel describes the ultimate evolution to these ultra-thin laptops in a 3 step process. The first systems based on their current designs should be available this winter. Meanwhile, they plan on continuing to push processor power designs in the coming years to enable even more efficient designs.

The second step will be based on Intel's Ivy Bridge processor designs which were announced in May:

Finally, for the 3rd step, in 2013 processors codenamed "Haswell" will reduce the microprocessor power to half of today's chips. Intel has been previously reported to be working aggressively on reducing power consumption on their processors.

Apple has a good relationship with Intel and will certainly benefit from these new processor designs. So, we should also see the first Macs based on the Ivy Bridge processors in the first half of 2012. The most recently leaked slides suggest a March-April timeframe for the chip release.

Possibly but I spoke to my good friend at Apple R&D last week and he said the timeline was still Jan or Feb for the redesigns.

You mean the same guy that told you the 2011 MacBook Pro would have a retina display? And that there would be a 15" MacBook Air?

I don't know the specifics, I just heard from a R&D source that that's going to be a big selling point in the next one. Things change all the time but that's what they seem to be going for at the moment.

Yeah, according to my Apple R&D friend, it'll come out. There will be new Macbook Airs towards the end of this year (I'm thinking it'll actually come out early 2011) and the 15" will come out after the initial ones are released.

My friend at Apple R&D maintains that brand new Macbook Airs are aimed at the end of the year. He also said that 15" Airs will be released next year sometime, after the initial ones are released.


I don't know either but my friend in Apple R&D said there were internal talks about releasing the iPad 3 alongside the next iPhone in September. I'd think waiting would be best too.

My friend works in Apple R&D and he's been pretty right with a lot of things so far.

I said I wouldn't be surprised if they pushed it back because it's too soon but he says they want to release it for Christmas. I still doubt it but the point is, they're gunning for that time frame.

My source works in Apple R&D. He doesn't know everything and is separate from the iPhone department, but he's been on it with everything he's told me up until now (Air, iPad, glass trackpad...).

In fact, keep my post in mind when the Pro's get announced.

I have a source in Apple's R&D and they also had told me here will be two versions, one with 3G and one without. He's never been wrong so far with his info.

When the new MacBook Air models surfaced last year I knew the design was going to be ripped off by other companies because it was so good. Now that I see this Asus I am nonetheless shocked at the audacity some companies have. It's tragic to see companies feel they need to resort to blatant plagiarism in order to compete with Apple's designs.

the tapered/wedge design is nothing new. some would argue that the MBA's design was inspired by Sony's X505, which came out 4 years before the Air: 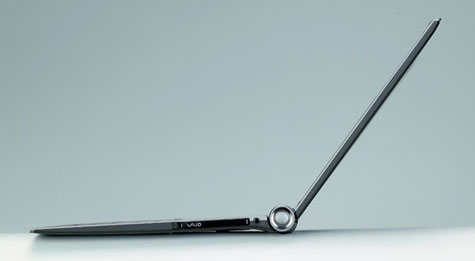 AppleScruff1
The Asus looks even better than the Air.
Score: 6 Votes (Like | Disagree)

Can you put "In my opinion" before this bit.

Having used windows through out my whole life and now on OSX (about 4 months) i can assure you, in my opinion, it is not better.


Maybe he meant it was better than Vista? :p
Score: 4 Votes (Like | Disagree)


Matter of opinion, many around here might disagree with that too.
Score: 4 Votes (Like | Disagree)
Read All Comments

Wednesday February 24, 2021 7:26 am PST by Hartley Charlton
Hit-and-miss leaker Jon Prosser has today alleged that the upcoming 2021 iMac models will offer five color options, mirroring the colors of the fourth-generation iPad Air, and revealed a number of additional details about the Mac Pro with Apple Silicon. In a new video on YouTube channel FrontPageTech, Prosser explained that the redesigned iMacs will come featuring options for Silver, Space ...
Read Full Article • 290 comments

Monday February 22, 2021 8:52 pm PST by Joe Rossignol
Apple plans to release two new MacBook Pro models equipped with an HDMI port and SD card reader in the second half of 2021, according to analyst Ming-Chi Kuo, who outlined his expectations in a research note obtained by MacRumors. The return of an SD card reader was first reported by Bloomberg's Mark Gurman last month. "We predict that Apple's two new MacBook Pro models in 2H21 will have...
Read Full Article • 486 comments

Thursday February 25, 2021 7:48 am PST by Joe Rossignol
Apple plans to unveil new 14-inch and 16-inch MacBook Pro models with Mini-LED-backlit displays in the second half of this year, according to industry sources cited by Taiwanese supply chain publication DigiTimes. The report claims that Radiant Opto-Electronics will be the exclusive supplier of the Mini-LED backlight units, while Quanta Computer is said to be tasked with final assembly of the...
Read Full Article • 183 comments