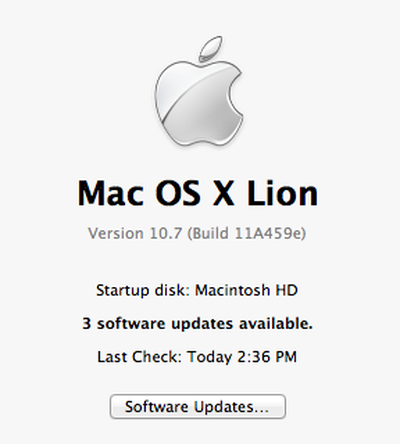 Per MacStories, Apple has released a new Mac OS X Lion Developer Preview 3 to its developers this evening as well as Xcode 4.1 Developer Preview 5. Apple last updated Lion for developers in late April. That version contained several UI changes presumably based on feedback from developers.

Apple is expected to discuss lion at WWDC which takes place in early June. Apple has targeted Mac OS X Lion for a summer release. No word yet on what's new in this build of Lion. The build for this latest version is 11A459e.

Update: Itsalltech.com details (with screenshots) many of the new changes in Lion:


- New options in System Preferences>Mission Control
- There is a new animation when logging into the computer and displaying the desktop (seems buggy at this time)
- New Reminders menu in iCal
- New next desktop button in Dashboard space:
- New options when right-clicking (this appears to be buggy at this time):
- Compatibility to external displays has been improved (especially in Mission Control)
- There is now a Mission Control app
- Finder’s toolbar has been slightly updated:
- Desktop wallpapers have been updated (and new ones have been added);
- Reading List has been enabled in Safari:
- New changes in Mission Control: can add “desktops” right from Mission Control by clicking “+” button, close spaces from Mission Control, Mission Control no longer displaying text “Desktop 1″ etc., when hovering over desktop thumbnails, magnification of thumbnails are seen
- Scrollbars now change color depending on the background (black background=light scrollbar and vice versa):

0John0
Their servers are taking a beating, just wait a while until their CDN gets back in order. ;) 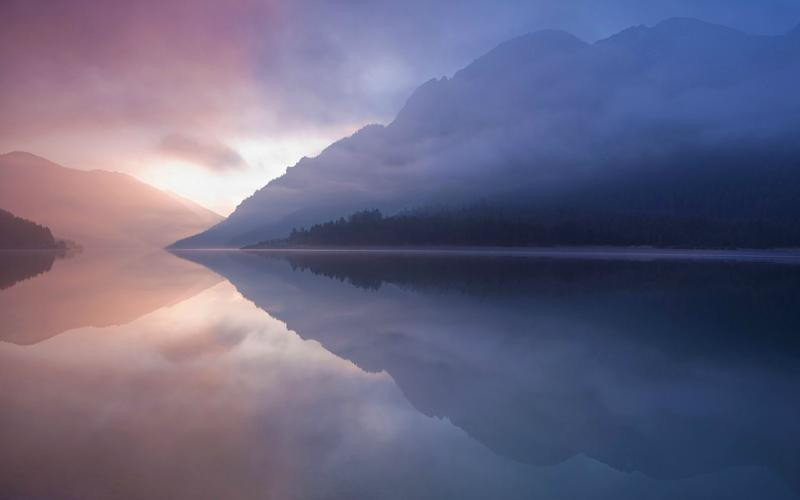 All done in 2 minutes.

In your bid to sound better than the other poster, you are giving dangerous advice. I use the terminal often, but using those commands is difficult without knowing how they work and potentially dangerous.
Score: 10 Votes (Like | Disagree)

1. Previously, when one used to open the app, the app would open as a picture with a processing image and then come to action in 2-3 seconds or maybe more. This is removed in this update as I see it. When you start an app or do anything, it first recovers all the require data and then opens the app completely. A great user experience improvement in my opinion.

2. For most people, Safari was unusable before. Safari is fine now. Although there are some gripes, overall it feels good and is very usable. Safari Version - 5.1 (7534.34.4)

3. The overall usage is just awesome. I cannot explain how the OS has been awful on low specced machines. But as expected, it was supposed to get better and now with DP3, its become exceptionally well. It just works great.
Very smooth on MacBook Late 2008 [standard without upgrade].

4. LaunchPad is now closer to perfectness. There are no issues with making folders. The animation is gone but it feels very smooth. No problems at all. There's an extra Utilities folder which is empty. But it doesn't bother me as I don't use LaunchPad. :cool:

5. Launching Mission Control has become smoother but still requires a lot of work. A lot.

6. As explained in Pt.1, launching of apps can take some time as it caches the app+data/document completely.

7. The login is pretty smooth and going from the login screen to the home screen is awesome. It's plain but it makes a lot of sense. Might witness a delay but its worth the wait. :cool:
Score: 9 Votes (Like | Disagree)

- Install animation Appstore to Launchpad is changed too. 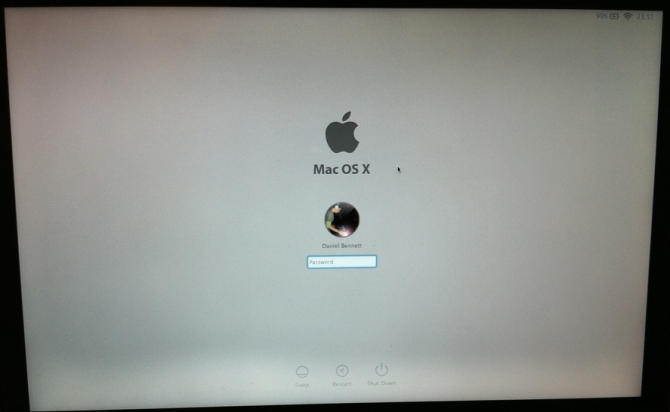 Love it! 9to5mac also has a video up with the new login animation.
Score: 8 Votes (Like | Disagree)

3282868
Ugh why does every thread have to become a nerd pissing contest? What does any of this squabbling do other than to cause strife and derail threads?


Now go ahead, flame away.
Score: 7 Votes (Like | Disagree)
Read All Comments