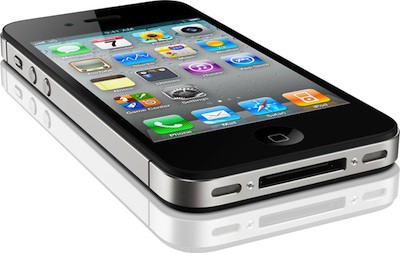 In an article about Pegatron's net losses for the first quarter of 2011, DigiTimes reveals that the iPhone 4 manufacturer is said to be lowering their production of CDMA (Verizon-compatible) iPhone 4s in 2011 from the originally expected 10 million units down to only 5 million units.

Meanwhile, Pegatron originally expected to ship 10 million CDMA iPhone 4s in 2011, but sources from upstream component makers pointed out that Apple's orders already saw a significant reduction and the volume is estimated to drop to only five million units.

CDMA refers to the radio technology used by Verizon for their mobile phones. The CDMA iPhone (aka Verizon iPhone) was launched in February of this year and saw 2.2 million activations in the partial first quarter of its launch. Despite the years of speculation about a Verizon-compatible iPhone, its reception may have been ultimately tempered by the late introduction in the iPhone 4's lifecycle as well as many customers still being locked into existing contracts.

Apple is widely expected to introduce a new iPhone later this year. That new iPhone will likely be a global device, incorporating both CDMA and GSM technologies into a single design.

aiqw9182
No surprises here, the majority of people are waiting for the next iPhone.
Score: 17 Votes (Like | Disagree)

I was really excited about the Verizon iPhone because I absolutely hate AT&T. I had Verizon for 7 years, and never dropped a single call. But I switched to AT&T when the iPhone 3GS came out, and now I drop the call on about 90% of the calls I make (no joke).

That was Apple's first attempt at stretching the life of the iPhone 4, and apparently, people didn't bite (since CDMA phone sales didn't meet expectations). Now, they are making their second stab at extending the life of the iPhone 4 by finally releasing the white models. The problem is that they are trying to get longevity out of a design that was heavily flawed to begin with. Not only does the death grip reduce signal strength, but Apple is stubbornly refusing to integrate LTE.

I will not make the switch back to Verizon until Apple releases an iPhone with a 4G chip in it AND completely re-designs the antenna so that I can hold the phone any way I damn well please and still have good signal. It looks like I may not get that until September or Q1 2012. Well, so be it.

Apple is starting to get the attitude that they cannot make a mistake, and Android device makers are capitalizing on Apple's arrogance.


Dude... if you're dropping 90% of your calls on the iPhone 3G then you should have talked to AT&T. They would have given you a personal cell tower to fix your signal issue. Your iPhone has nothing to do with your poor signal strength.
Score: 5 Votes (Like | Disagree)

Not surprising. Android is becoming the more dominant... thing.


Not the right reason...

I have a droid.(had iPhone on ATT but didnt get coverage at work/home) I payed an extra $100 to get the 1 year commitment in Nov 2009 just in case the CDMA iPhone came out a year later. Well it did come out a year later and my verizon contract was up. But I didnt get it because it was the same 8 month old phone and there is 0 chance I am going to get locked into a 2 year deal in january for a 8 month old phone that I wont be able to trade in until the June release 2.5 years later.

I'm surprised they are surprised.


This is. People who are or were with Verizon are now:


It's possible that once there's a new CDMA-capable iPhone and people's contracts are expiring with their Android smartphones they bought from Verizon as a stopgap that you'll see Android's share drop a bit.
Score: 5 Votes (Like | Disagree)

No surprises here, the majority of people are waiting for the next iPhone.

The iPhone 4 is now 10 months old, that's getting a bit long in the tooth in the ever evolving tech world. :)
Score: 5 Votes (Like | Disagree)

The iPhone 4 is now 10 months old, that's getting a bit long in the tooth in the ever evolving tech world. :)


Agreed, and I think that Android devices finally grew up into a decent alternative many people got tired of waiting and are now under contract with something else. So the available market shrunk as more people got under contract.

Even though the iPhone4 is a great phone, the iPhone 5 is needed soon to energize things. Too many people realize that the iPhone4 is nearing the end of it's life cycle.
Score: 4 Votes (Like | Disagree)

Agreed, and I think that Android devices finally grew up into a decent alternative many people got tired of waiting and are now under contract with something else. So the available market shrunk as more people got under contract.

Even though the iPhone4 is a great phone, the iPhone 5 is needed soon to energize things. Too many people realize that the iPhone4 is nearing the end of it's life cycle.


This is the issue with a yearly product cycle. People begin to understand when that cycle starts over, avoid new purchases of the product, and even tell their friends and family to not buy right now.
Score: 3 Votes (Like | Disagree)
Read All Comments