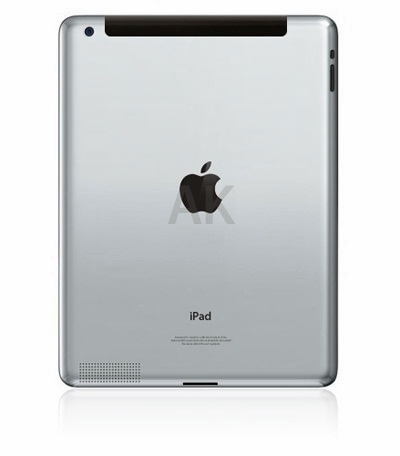 Earlier today, BGR posted an image it had received from a source claiming that it was a rear view of the second-generation iPad. The image has of course received a fair bit of traction on Apple-focused sites this morning, but it is almost certainly fake.

MacRumors received the same image this morning, with the source claiming that he or she had "hacked Apple.com servers" to find it and that additional images will follow in three days. While the image is a decent mockup and is consistent with most of the rumored details for the new device, the lack of a visible power button, questionable sourcing, and other evidence indicate that it is indeed fake.