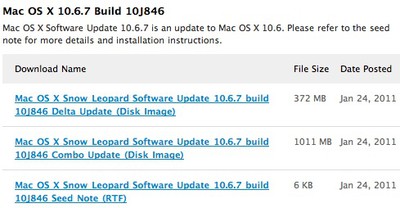 While the update has grown in size by nearly 35 MB since last week, we've yet to hear about any new areas of focus beyond those included in the initial build: AirPort, Bonjour, SMB, and Graphics Drivers.

Update: We've heard that Apple has added Mac App Store as an area of focus for developers putting the new build through its paces.

Wednesday July 1, 2020 10:48 am PDT by Juli Clover
Benchmarks for an unreleased iMac equipped with a 10th-generation Core i9 Intel Comet Lake-S chip and an AMD Radeon Pro 5300 graphics card have surfaced, giving us an idea of what we can expect from a refreshed 2020 iMac. The Geekbench benchmarks, which appear to be legit, were found on Twitter and shared this morning by Tom's Hardware. The iMac in the benchmarks would be a successor to the...
Read Full Article • 221 comments

Wednesday July 1, 2020 1:57 am PDT by Tim Hardwick
Leaker L0vetodream this morning posted a tweet corroborating recent rumors that Apple's "iPhone 12" lineup won't come with EarPods or a charger in the box, adding that this will also eventually apply to the existing second-generation iPhone SE. L0vetodream also claims that future iPhone packaging will be "thinner" and "exquisite," which would make sense if Apple's handsets are set to come in ...
Read Full Article • 253 comments