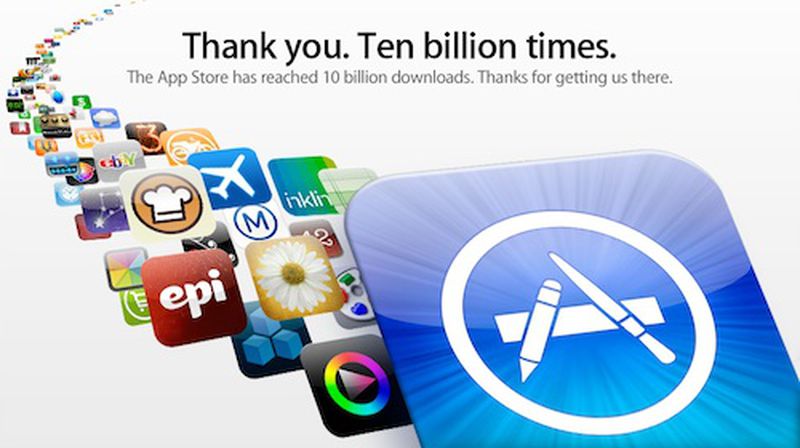 Apple's App Store today reached 10 billion downloads since its inception in 2008, and along with the milestone comes the end of the company's "10 Billion App Countdown" promotion. The winner of the promotion, who is yet to be announced, will be awarded a $10,000 iTunes Store gift card. 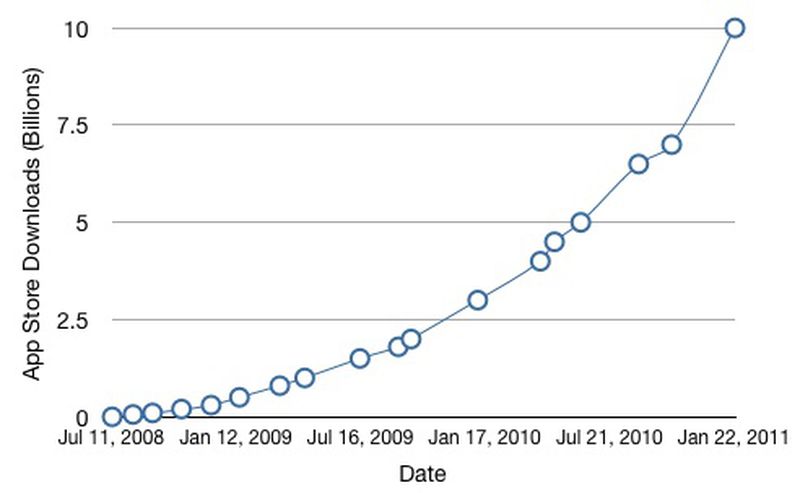 The App Store took only a little over two and a half years to reach the ten-billion milestone, while Apple's iTunes Store took almost seven years from its 2003 launch to hit the same milestone for music downloads.

Update: Apple has issued a press release announcing that Gail Davis of Orpington, Kent, UK has been named winner of the contest. Davis, who won the contest with her download of Paper Glider, will receive an iTunes gift card worth $10,000.

"With more than 10 billion apps downloaded in just two and a half years - a staggering seven billion apps in the last year alone - the App Store has surpassed our wildest dreams," said Philip Schiller, Apple's senior vice president of Worldwide Product Marketing. "The App Store has revolutionized how software is created, distributed, discovered and sold. While others try to copy the App Store, it continues to offer developers and customers the most innovative experience on the planet."