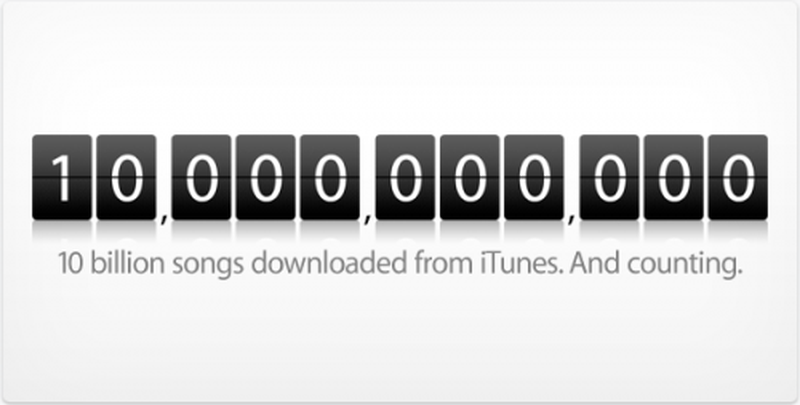 Apple's iTunes Store today reached 10 billion music downloads since its inception in 2003, and along with the milestone comes the end of the company's "Countdown to 10 Billion Songs" promotion. The winner of the promotion, who is yet to be announced, will be awarded a $10,000 iTunes Store gift card. 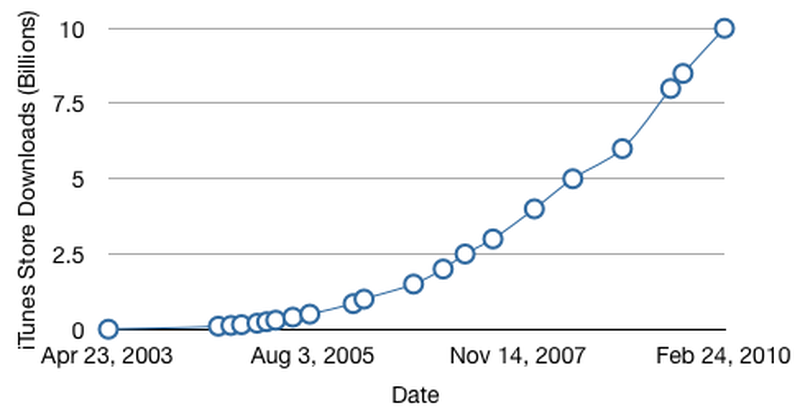 The milestone is being featured prominently on Apple's main page, iTunes page, and the iTunes Store, among other locations.