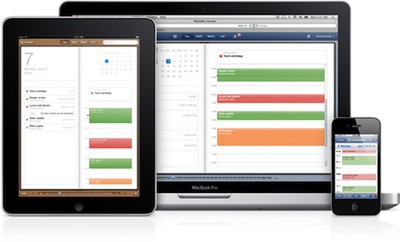 Apple's revamped MobileMe Calendar web application, which debuted as a beta version in early July, has officially exited the beta stage, with availability now rolling out to all MobileMe customers.

The announcement highlights several new features of MobileMe Calendar, including push and syncing improvements for iOS devices, calendar sharing and publishing, event invitations with RSVPs, and the overhauled web interface.

Back in June, Apple launched a revamped MobileMe Mail interface, as well as a more general overhaul of the online MobileMe experience.

Thursday May 13, 2021 12:10 am PDT by Sami Fathi
Apple has fired Antonio García Martínez, an ex-Facebook product manager and author of the controversial book "Chaos Monkeys," following public and internal calls for removal and investigation due to past misogynistic statements, The Verge reports. Apple hired Martínez earlier this week to join its ads team, however, comments that Martínez made in the past sparked condemnation from users...
Read Full Article • 302 comments