Anandtech has managed to provide a detailed analysis of the iPhone 4's potential antenna signal issue. Their analysis may shed some light on people's experiences with the iPhone 4 and the drop-off in signal when the device is being held in hand.

The issue has generated a lot of press since the iPhone 4 launch due to a variety of user reports on the issue. Apple has maintained that a certain amount of signal loss is normal when mobile phones are held in hand. In a leaked support note, they have also insisted that the iPhone 4 antenna performance is better than that of the iPhone 3GS. Based on Anandtech's analysis, it appears Apple is correct in this statement, though with some caveats. 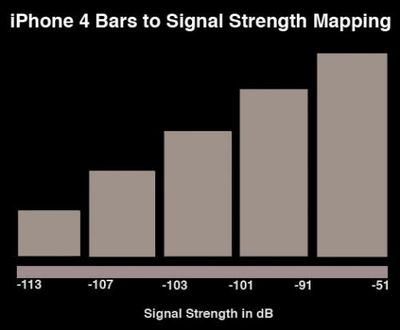 They then ran several tests comparing the signal degradation from holding the iPhone 4 in hand in various positions:

As it turns out, the iPhone 4 does have a significantly greater drop-off in signal strength in all positions as compared to the iPhone 3GS which preceded it. Perhaps the most notable difference is in the "Holding Naturally" position which could theoretically "bottom out" a 4 bar signal or bring the low-end of the 5 bar signals down to 1 bar. Holding the iPhone 4 tightly, of course, accentuates the problem. All phones do exhibit the same behavior, though the iPhone 4's external antenna presumably exaggerates the effect.

It's amazing really to experience the difference in sensitivity the iPhone 4 brings compared to the 3GS, and issues from holding the phone aside, reception is absolutely definitely improved. I felt like I was going places no iPhone had ever gone before. There's no doubt in my mind this iPhone gets the best cellular reception yet, even though measured signal is lower than the 3GS.

All in all, the findings may help to explain some seemingly discrepant statements and observations. While the iPhone 4 is likely to perform better at the same signal level as the iPhone 3GS, the signal of the iPhone 4 may be more greatly reduced by attenuation when being held in the same position. This could explain all but the most extreme issues depicted. In the end, Anandtech also suggests using a case may be best move and that with a bumper case, the iPhone 4 has the same attenuation performance as other other smartphones.