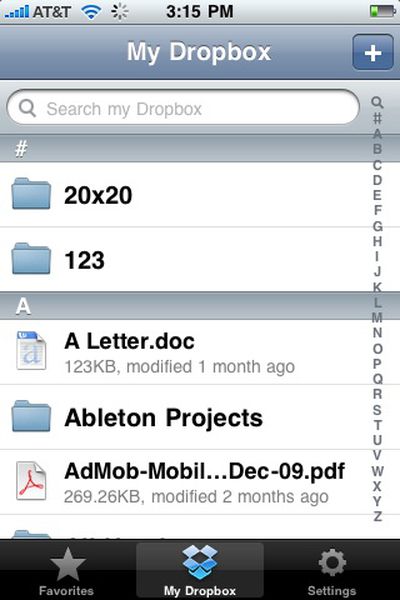 Apple has started approving updates for apps that support the new features of iOS 4. The most notable feature that requires explicit support is OS 4 multitasking. One particularly prominent app that now supports the basic iOS 4's multitasking API is Dropbox, a file sharing/syncing tool.

Apple's iOS has never supported multitasking in 3rd party applications. Apple has cited issues with performance and battery life as chief concerns with unrestricted multitasking. Instead, Apple has introduced 7 specific background services for IOS 4 apps that will allow them to continue tasks after a user switches away from them. These include:

- Background audio - Allows your app to play audio continuously.
- Voice over IP - Users can now receive VoIP calls and have conversations while using another app.
- Background location - Navigation apps can now continue to guide users who are using other apps
- Push notifications - Receive alerts from your remote servers even when your app isn't running.
- Local notifications - Your app can now alert users of scheduled events and alarms in the background, no servers required.
- Task finishing - If your app is in mid-task when your customer leaves it, the app can now keep running to finish the task.
- Fast app switching - This will allow users to leave your app and come right back to where they were when they left - no more having to reload the app.

The most noticeable change that should be implemented in every iOS 4 aware app is "Fast app switching" which allows you to switch in and out of an application without restarting the app. Dropbox appears to support this feature. Critics will correctly point out that this isn't really multitasking, but it's just a start of the support of the new iOS features. More impressive uses of the multitaking API will include apps such as Pandora Radio and Skype.

Apple will be distributing iOS 4 to the public on June 21st.

Thursday September 29, 2022 12:38 pm PDT by Juli Clover
Tony Blevins, Apple's vice president of procurement, is set to depart the company after he made a crude comment about his profession in a recent TikTok video, reports Bloomberg. Blevins was in a video by TikTok creator Daniel Mac, who was doing a series on the jobs of people he spotted with expensive cars. After seeing Blevins in an expensive Mercedes-Benz SLR McLaren, Mac asked Blevins what ...
Read Full Article • 558 comments