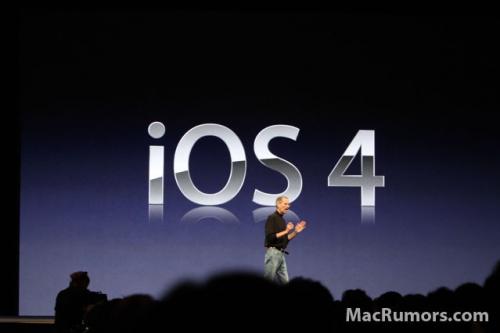 Apple has seeded the Golden Master Candidate version of iOS 4 to developers today as well as iTunes 9.2 Beta. The releases are available to registered iPhone developers. iOS 4 contains many new features which were detailed during today's keyote.

Features include multitasking, unified inbox, folders, and more. The final release on iOS 4 will be released June 21st and will be a free upgrade for iPhone and iPod touch owners.