The new version of Flash Player, code-named "Gala", requires one of the following graphics hardware: NVIDIA GeForce 9400M, GeForce 320M or GeForce GT 330M. For those unfamiliar with their specific graphics hardware, this blog post details the computers which are supported:

Mac Pros are not presently supported. The blog post goes on to detail other conditions that hardware support may or may not be available at this time. In the preview release, you can recognize when hardware decoding is in use as a small white square will appear in the upper left corner of the video. 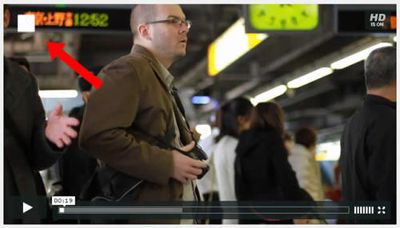 This new feature is expected to make it into the final shipping version of Flash Player 10.1.

Friday September 30, 2022 12:51 pm PDT by Juli Clover
Apple CEO Tim Cook has been touring Europe this week, sitting down for interviews with various media publications. Augmented reality has been a running theme in Cook's discussions, and it is a topic he brought up again in an interview with Dutch publication Bright, which is part of RTL News. "I think AR is a profound technology that will affect everything," Cook said, echoing comments from...
Read Full Article • 264 comments

Sunday October 2, 2022 6:41 am PDT by Joe Rossignol
Apple is developing new iPad Pro, Mac, and Apple TV models, and at least some of these products will be released in October, according to Bloomberg's Mark Gurman. However, Gurman continues to believe that Apple is unlikely to hold an event this month. In the latest edition of his Power On newsletter, Gurman said "the big iPhone 14 unveiling last month was probably it for Apple in 2022 in...
Read Full Article • 130 comments