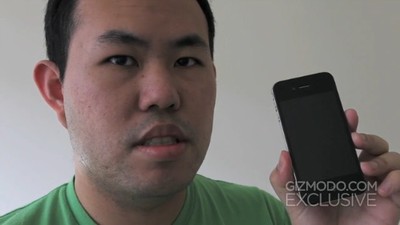 The Silicon Valley / San Jose Business Journal reports that the criminal investigation of the circumstances surrounding the disappearance of a next-generation iPhone last month and subsequent purchase of the device by Gizmodo was spurred by requests from the Apple engineer who lost the iPhone and outside legal counsel for the company.

As news of the criminal investigation spread, speculation and disagreement regarding what role if any Apple played in initiating the investigation has arisen in a number of venues. While Apple would have to actively pursue any civil charges related to the incident, some observers wondered whether Apple was pressing the examination of possible criminal charges or if law enforcement was working on its own after having been notified of the loss or theft of the iPhone.

The police have identified and spoken to the person who took the iPhone from the Redwood City, California bar where it was left by the Apple engineer, although officials have refused to say whether that same unidentified person is the same individual who sold it to Gizmodo for $5000. No charges have yet been filed in the investigation, which remains on hold as questions regarding the legality of the search and seizure at Gizmodo editor Jason Chen's residence are being considered.

Friday July 30, 2021 9:04 am PDT by Sami Fathi
Tesla CEO Elon Musk reportedly once demanded that he be made Apple CEO in a brief discussion of a potential acquisition with Apple's current CEO, Tim Cook. The claim comes in a new book titled "Power Play: Tesla, Elon Musk and the Bet of the Century," as reviewed by The Los Angeles Times. According to the book, during a 2016 phone call between Musk and Cook that touched on the possibility of ...
Read Full Article • 229 comments