Friday April 18, 2008 1:38 pm PDT by Arnold Kim
CNet reports that Apple has responded to the criticism of pushing Safari to all Windows users via Software Update.

The practice received some criticism since the "update" appeared for individuals who had never installed a previous version of Safari. Apple has reportedly revamped their Software Update to clearly distinguish "New Software" from "Updates": 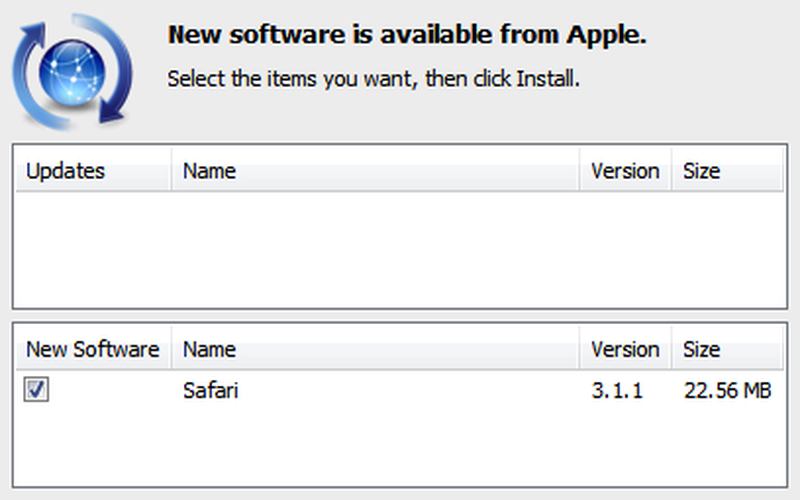 Safari now occupies a place in the "New Software" box, but continues to be offered to all Windows iTunes users. Even still, Mozilla's Asa Dotzler believes Apple should not leave the software checked by default.