How to Set a Schooltime Schedule on Apple Watch

In watchOS 7, Apple introduced Family Setup, a new feature that allows users to pair additional watches to their iPhone for children or older members of their household who don't have their own iPhones. 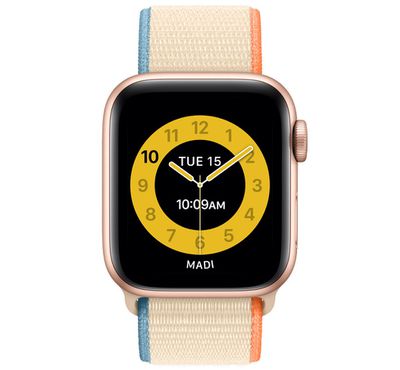 An associated feature of Family Setup, called "Schooltime," allows parents and guardians to remotely turn on Do Not Disturb on kids' watches and display a special watch face with restricted interaction. In other words, it lets you lock down an Apple Watch during school hours to encourage kids to focus on their schoolwork.

Schooltime can be activated when you first initialize ‌Family Setup‌, but you can also access and edit Schooltime features in the Apple Watch app on ‌‌iPhone‌‌. As with ‌Family Setup‌, using Schooltime requires watchOS 7 or later. Here's how it works.

How to set a Schooltime schedule

To change your child's Schooltime schedule at a later time, simply launch the Watch app on your ‌iPhone‌, then tap the info ("i") button next to the managed watch. Tap Schooltime, then tap Edit Schedule.

How to Exit Schooltime Temporarily

Note that Schooltime is different from Screen Time, in that a child can exit Schooltime temporarily to do things like check messages. To exit Schooltime, they can turn the Digital Crown, then tap Exit to confirm. If a Schooltime schedule is active, Schooltime mode will resume automatically.

iOS 15: How to Set Up a Notification Summary

Monday October 11, 2021 9:27 am PDT by Tim Hardwick
Notifications in iOS 15 got a design overhaul on iPhone and iPad, and one of the marquee feature additions is notification summary. This article explains what it is and how to use it. With the notification summary, you can schedule select app notifications to be delivered alongside others as a bundle at a specific time of the day. The idea is that by bundling non-urgent notifications and...
Read Full Article

Tuesday February 22, 2022 5:07 pm PST by Tim Hardwick
If you're wondering what the little red dot means at the top of the watch face on an Apple Watch, this is an indicator that you have unread notifications. If you'd like to know how to get rid of it either temporarily or for good, read on. What the Red Dot Does The red dot is a bit like the badge notification you see on iPhone app icons. It's useful for knowing when you have a notification...
Read Full Article

Friday May 27, 2022 2:15 pm PDT by Juli Clover
There's just over a week to go until the 2022 Worldwide Developers Conference, which is one of the biggest Apple events of the year. We've heard surprisingly little about iOS 16 this year, so we're in for some major surprises when June 6 rolls around. As we wait for the keynote event, we thought we'd share some iOS 16 wishlist items from MacRumors readers, because who knows? We just might...
Read Full Article • 240 comments