Apple's 2021 iPad mini features an edge-to-edge display with no Home button included and Touch ID built into the Power button instead. The lack of a Home button has resulted in some re-mapped gestures and features, with Apple introducing the restart, shut down, and force restart methods that are common to other iPads with no Home button. 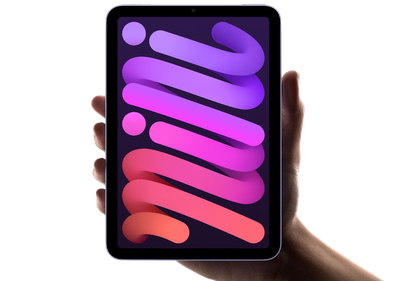 A shut down and a restart are the same gesture now, while a force restart, used if a regular restart won't work, is a bit different.

To Shut Down/Restart Your iPad Mini 6

On previous ‌iPad mini‌ models, you could restart by holding down the Home button and the Side button on the device at the same time, but in the new model, you need to do a full shutdown and then power the tablet back up in a separate step.

You can also turn off your ‌iPad mini‌ by opening up the Settings app, choosing General, and selecting Shut Down.

To Force Restart Your iPad Mini 6

iOS 15.4: How to Scan Printed and Handwritten Notes into the Notes App

Tuesday March 22, 2022 10:41 am PDT by Tim Hardwick
With the release of iOS 15.4 and iPadOS 15.4, Apple added a new feature to the stock Notes app that allows you to quickly scan printed or handwritten text and save it in digital text format. Keep reading to learn how it works. On earlier versions of iOS 15 and iPadOS 15, scanning text into Apple's Notes app required tapping on a note's text field and tapping the Live Text option in the...
Read Full Article

Wednesday March 9, 2022 1:15 pm PST by Tim Hardwick
In iOS 15, you can put multiple copies of the same app on your iPhone's Home Screen. On the surface, this may seem like a strange thing to allow, and perhaps even a bug, but Apple has intentionally made it possible to have additional copies of an app across several Home Screen pages so that the apps can be used in conjunction with its new Focus features. One of the functions of Focus is that ...
Read Full Article

Thursday February 3, 2022 2:09 pm PST by Tim Hardwick
In iPadOS 15, Apple introduced a new productivity feature called Quick Notes that provides a quicker way to jot down things on your iPad without you having to go in and out of the Notes app. Whether you're on the Home Screen or within any app, you can bring up a floating Quick Note window at any time using your finger or an Apple Pencil, by swiping diagonally up from the bottom-right corner...
Read Full Article