When Can AppleCare Replace a MacBook's Battery? 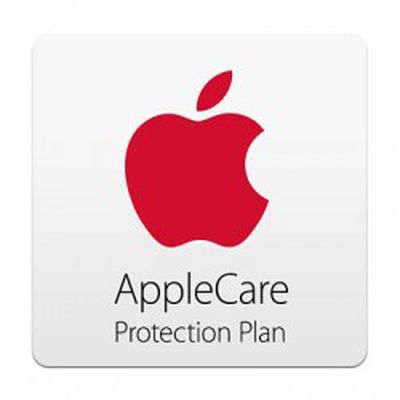 "I have a 2014 13" Retina MacBook Pro which I used extensively on a daily basis. I purchased AppleCare for the sole reason of protection against battery depletion over the coming years.

It's hard for me to tell whether my battery has lost capacity, but I'm sure it has against the original figures when I first got the machine.

My question is, when will AppleCare be willing to replace the battery due to loss of capacity? Is there a percentage? How can I test it?"

The MacBook Pro's battery has almost certainly lost some battery capacity if it has been charged and depleted regularly over the past two years. A quick way to check is by clicking on the Apple logo in the top-left menu bar and choosing About This Mac. Click on System Report… and select Power from the left-hand menu.

The resulting page displays various information about the MacBook's battery, including its max capacity and charge remaining, both of which are expressed in milliampere hours (mAh). The battery's cycle count and condition, ranging from Normal or Replace Soon to Replace Now or Service Battery, are also listed.

In June 2015, Apple modified its AppleCare Protection Plan for the MacBook, MacBook Air and MacBook Pro to cover batteries that retain less than 80-percent of their original capacity within the extended warranty period. Apple will replace batteries under that threshold for no charge so long as the notebook remains covered under AppleCare, which costs between $249 and $349 depending on the MacBook model.

MacBook batteries are designed to retain at least 80-percent of their original capacity at 1000 complete charge cycles, similar to the iPad and Apple Watch.

There are also several free OS X apps, such as Battery Health or coconutBattery, that can determine whether your MacBook meets this criteria, and provide additional details about your battery's temperature, manufacture date, power usage, and more. A 2012 Retina MacBook Pro with a current max charge of 7,171 mAh, for example, has retained nearly 85-percent of its original 8,460 mAh capacity.

If the MacBook is not covered by AppleCare, or the extended warranty period has expired, replacing the battery carries an out-of-warranty service charge ranging between $129 and $199, plus applicable taxes, based on U.S. pricing. Battery service and troubleshooting can be arranged by contacting an Apple Authorized Service Provider or scheduling a Genius Bar appointment with a local Apple retail store.

AppleCare for Mac extends a MacBook's warranty coverage and telephone technical support to three years from the original date of purchase. Without an AppleCare Protection Plan, Mac customers are covered by a limited one-year warranty and 90 days of complimentary phone support. AppleCare can be purchased only while the Mac remains covered under Apple's standard one-year limited warranty.

mfvisuals
While all this is true, don't forget that batteries don't last forever regardless. So they will eventually need to be replaced.
Score: 3 Votes (Like | Disagree)

So the apple care was worthless because doing anything that might result in using it ultimately negates it? Did you try another Apple Store or different employees on another day?

Well..to be fair, I don't think it's right for a customer to drive to another place or talk to another genius person. It would be better to talk higher level staff. If they don't respect the policy...there goes the violation..and can be sued for false advertisement/ false-leading type.
Score: 2 Votes (Like | Disagree)

This is the only metric I've seen Apple post:

This is what the AppleCare Terms and Conditions says:

Except Apple employees don't always follow those guidelines. I was at 78% at about 700 cycles just before AC was going to expire and they wouldn't replace it (stating that I used my battery 'excessively').
Score: 2 Votes (Like | Disagree)

They replaced mine recently, I said it was holding less than I thought it should, showed them my notebook, 4 days later I got it back with new batteries.

I just don't understand the MAC appeal. I just replaced the battery on my 3 year-old Dell laptop that is still serving me well. It cost me just under $35.00 including shipping and I snapped it in myself in about 30 seconds.
Score: 1 Votes (Like | Disagree)

MacBook batteries are designed to retain up to 80-percent of their original capacity at 1000 complete charge cycles, similar to the iPad and Apple Watch ('https://www.macrumors.com/roundup/apple-watch/').

Article Link: When Can AppleCare Replace a MacBook's Battery? ('https://www.macrumors.com/guide/applecare-macbook-battery-replacement/')

Just want to point out, I think the author meant to write "at least 80 percent" versus "up to 80 percent". Apple designed the batteries so 80 percent is the lower acceptable limit for a battery at 1000 cycles.
Score: 1 Votes (Like | Disagree)

I just don't understand the MAC appeal. I just replaced the battery on my 3 year-old Dell laptop that is still serving me well. It cost me just under $35.00 including shipping and I snapped it in myself in about 30 seconds.

Well mine was $0 and they have top notch customer service plus an ecosystem that I'm not ready to give up. I've been using Mac since 97 and haven't ever seen the need to use Windows regularly. I have Windows 10 pro on my Mac so if I happened to need it I have quick access through BootCamp. Can't say that about a Dell, you're stuck with one system all the time that gives you a headache because it doesn't run efficiently nor makes sense. I say use whatever you want, and I choose Mac for myself because it works hassle free and I make a ton of money editing video in final cut, which is some of the least hard work for the most money I've ever done.
Score: 1 Votes (Like | Disagree)
Read All Comments