Apple this week lowered its trade-in values for select iPhone, iPad, Mac, and Apple Watch models in the United States, resulting in customers receiving less money for their existing devices heading into the holiday shopping season. 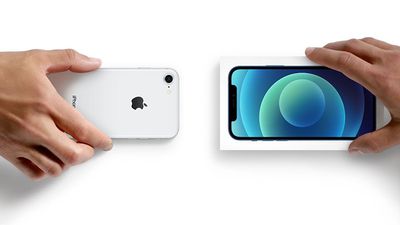 Trade-in values have also been slashed for Android smartphones, while Apple Watch Series 3 trade-ins are no longer accepted.

dantracht
Never ever ever trade anything to apple. Sell it yourself.
Score: 59 Votes (Like | Disagree)

You guys act like Apple is a damn charity. Their entire purpose for existing is to make as much money as possible. Same for any business.

We are not charities either. And it's not like the entire purpose of our existence is to give them money. They have the right to charge whatever they want, and we have the right to complain as much as we want.
Score: 37 Votes (Like | Disagree)

TheYayAreaLiving ?
It seems like Apple doesn’t even want you to trade your old devices to Apple anymore.
Score: 21 Votes (Like | Disagree)

roar08
Wait, the value of these devices *falls* over time?
Score: 16 Votes (Like | Disagree)
Read All Comments