As usual, September has been a very busy month for Apple. The company released the iPhone 14, iPhone 14 Pro, iPhone 14 Pro Max, Apple Watch Series 8, and a new Apple Watch SE last week, followed by the Apple Watch Ultra and new AirPods Pro this week. On the software side, Apple released iOS 16, watchOS 9, and tvOS 16. 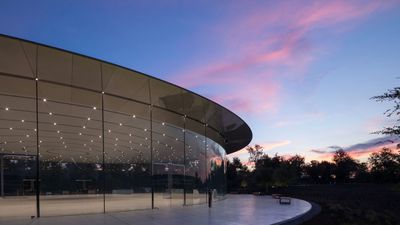 All attention now turns to October and beyond, with rumors suggesting that Apple still has a lot on its schedule through the end of 2022. Below, we have put together a list of some of the bigger announcements to expect from Apple later this year.

Key new features of the iPhone 14 Plus include car crash detection, upcoming support for emergency texting via satellite in the U.S. and Canada, longer battery life, improved cameras, and a more repairable design with a removable back glass panel. The device is powered by the same A15 Bionic chip with a five-core GPU as in the iPhone 13 Pro.

The only differences between the iPhone 14 Plus and the smaller 6.1-inch iPhone 14 relate to display size, battery life, weight, and price.

iOS 16.1 With Live Activities and More

Apple said iOS 16.1 will be released later this year. The software update will include several new features for the iPhone, such as Live Activities support in third-party apps, a Clean Energy Charging option in the United States, support for Matter accessories in the Home app, Apple Fitness+ workouts without an Apple Watch, and more.

It's not yet clear if iOS 16.1 will include features like iCloud Shared Photo Library and the new Freeform digital whiteboard app that Apple says will be available later this year. iOS 16.2 will likely be released in December with any remaining features promised.

Apple often holds an October event to announce new iPad and Mac models, and this year will likely be no exception. Given how early the September event was this year, the next event could be held in early October, but timing remains to be seen.

For the October event, rumors suggest that Apple plans to announce new iPad Pro models with the M2 chip, a redesigned 10th-generation entry-level iPad, and at least a few more Macs powered by the M2 series of chips. A new Mac Pro is almost certain by the end of 2022, while new MacBook Pro and Mac mini models are also possible.

Apple says iPadOS 16 and macOS Ventura will be released to the general public in October. Apple will likely announce exact release dates for the software updates either during its October event or immediately afterwards.

iPadOS 16 was expected to be released in September alongside iOS 16, but Apple delayed the software update until October, likely to focus on making improvements to Stage Manager after some users criticized the feature's various shortcomings. Apple said the software update will be labeled iPadOS 16.1 instead of iPadOS 16.0.

In August 2021, Apple announced the acquisition of classical music service Primephonic. At the time, Apple said it planned to launch a dedicated classical music app in 2022 that combined Primephonic's user interface with additional features.

Few details are known about the dedicated Apple Music Classical app or when it might launch, but it should be coming soon as 2022 draws to a close.

TheYayAreaLiving ?
It’s hard to believe the month September is almost over. Can’t wait to see what Apple has planned to October.

lazyrighteye
Looking most forward to the iPadOS update for my mini 6. Super curious about Classical.
Score: 9 Votes (Like | Disagree)

orderoftheditch
I think its interesting how we went through an era with little Mac innovation (2014-2019) with everything interesting happening on the iPhone/iPad front, where as now the Mac lineup and M silicon is where the innovation is, leaving iDevices to be boring iterative products.
Score: 8 Votes (Like | Disagree)

Curious...what should Apple have done with the 14 ProMax going beyond its new features (48 MPixel ProRaw camera with much better image stabilization, larger aperture camera lenses for making better low-light images, satellite-based emergency messages, ProRez video capture at 24 fps, being able to ramp up display brightness to 2,000 nits for use in direct sunlight, longer battery life, crash detection with emergency call notification, always on display, tougher glass, customizable lock screen, faster A16 chip for processing ), so as not to make it boring?

Perhaps you can add and talk about a dozen or so significant ground-breaking features that would lift it out of the boring category?

I'm really enjoying my 14 ProMax - an outstanding upgrade from my previous phone.
Score: 8 Votes (Like | Disagree)

AppleTO
Still hoping for a mini with an M2 Pro. I’m sure this will be the end of the road for the mini with 8th gen Intel.
Score: 8 Votes (Like | Disagree)
Read All Comments

Monday October 3, 2022 2:41 pm PDT by Joe Rossignol
iOS 16 was released to the public three weeks ago with a customizable Lock Screen, the ability to edit iMessages, improvements to Focus modes, and much more. And in the coming months, iPhone and iPad users have even more new features to look forward to. We've rounded up 10 new features coming to the iPhone and iPad later this year, according to Apple. Many of the features are part of iOS...
Read Full Article • 106 comments

Wednesday October 5, 2022 3:24 am PDT by Sami Fathi
The iPhone 14 Plus is Apple's latest entry-level iPhone alongside the standard iPhone 14, featuring a larger display, improved cameras, performance, and more. Announced last month, the iPhone 14 Plus officially begins arriving to customers on Friday, October 7. Ahead of when the new iPhone is expected to begin arriving to customers, we wanted to highlight some possibly lesser-known facts...
Read Full Article • 78 comments

Tuesday August 23, 2022 8:00 am PDT by Hartley Charlton
Ahead of Apple events expected over the next two months, there are now ten Apple devices that customers currently should not buy, with replacement models fast approaching. The fall is always a very busy period for Apple, often with at least two special events to launch new products and the release of major software updates for all of the company's platforms. This year looks to be no...
Read Full Article • 121 comments