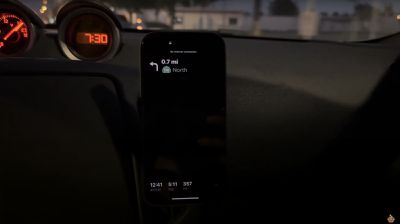 Tong demonstrated this functionality in his video below, starting at the 4:40 mark.


As noted by CNBC's Sofia Pitt, the always-on display also works with the virtual Apple TV Remote feature in Control Center, allowing it to be used in dimmed fashion without unlocking the iPhone. The remote feature works with all Apple TV 4K and Apple TV HD models, the third-generation Apple TV, and AirPlay 2-enabled smart TVs.

Always-on Apple TV Remote in Control Center via CNBC's Sofia Pitt
Some early reviews of the iPhone 14 Pro noted the always-on display has an impact on battery life, but it's not likely to be excessive given that the display ramps down to a low-power state with a 1Hz refresh rate when in always-on display mode. Nevertheless, the feature can be toggled off in the Settings app under Display & Brightness.

iPhone 14 Pro and iPhone 14 Pro Max launch this Friday, with other new features including the Dynamic Island replacement for the notch, an upgraded rear camera system with a 48-megapixel primary lens, new Deep Purple and Space Black color options, and more.

Chrjy
Personally, it's worth it alone just for the Always-on Apple TV remote. I cannot count the amount of times I wish this had been a thing previously. Pretty much use the TV Remote option every night with my 12 Pro so this will be awesome..
Score: 10 Votes (Like | Disagree)

What I am waiting to hear is what happens at night? Is it disabled by the Sleep Focus? It can't be tied to ambient lighting or that TV remote wouldn't work much of the time when the user is in "Theater Mode"

Yes, Focuses can turn off the display, as does placing it face down on a table, in a pocket, etc.
Score: 9 Votes (Like | Disagree)

Darth Tulhu
It's about time. One less thing I'll miss from Android.
Score: 7 Votes (Like | Disagree)

synergize
"Always on" was available two years ago via the iPhone 12 Pro. Just run Spotify via CarPlay, and the iPhone screen stays on when you select a song from Spotify on the iPhone rather than CarPlay.
Score: 7 Votes (Like | Disagree)
Read All Comments