Apple has backed out of a potential purchase of the game studio Electronic Arts (EA) following talks that have been ongoing since as early as May of this year, with Amazon instead poised to make an offer, according to a report from USA Today vertical ForTheWin. 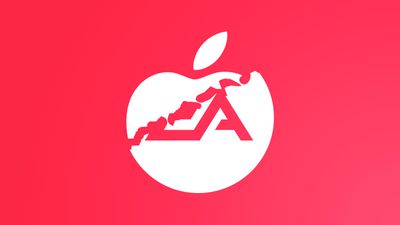 Over the last couple of months, EA has been speaking to several companies with potential interest in the acquisition, including Apple, Amazon, and Disney. Apple has had a renewed interest in the gaming market ever since the launch of Apple Arcade, the company's subscription-based gaming service that offers exclusive games with no in-app purchases and ads.

A purchase of EA by Apple would give the Cupertino tech-giant access to hit gaming franchises that include "The Sims," "Battlefield," "Apex Legends," "SimCity," "DragonAge," "FIFA," and more.

Apple purchasing EA, which has a market value of $34 billion, would be the largest acquisition by Apple in its history. Apple's largest purchase to date is Beats, which it bought for $3 billion in 2014. During the company's last earnings call in July, CEO Tim Cook said Apple "never buys just to buy," but added that he wouldn't "rule anything out" and that Apple is "constantly surveilling the market."

Update: According to CNBC sources, the rumor that Amazon is set to purchase Electronic Arts (EA) is incorrect.

Isn’t EA the most hated of game developers? Or is that all of them?

They have ruined so many good franchises.
Score: 17 Votes (Like | Disagree)

EA would be a perfect match for Apple's greed!

Not really, because Apple produces quality products and services for the price.

EA is better off sharing a bed with Bezos, where you sometimes get the quality products you think you’re purchasing.
Score: 16 Votes (Like | Disagree)

Born2Run
Apple was set to buy Electronic Arts, but couldn't afford all the microtransactions they would have to pay afterwards!
Score: 15 Votes (Like | Disagree)

Eriamjh1138@DAN
Isn’t EA the most hated of game developers? Or is that all of them?
Score: 12 Votes (Like | Disagree)

“If you frequently use our micro-transactions, it might be in the game.”


Brand recognition sure but EA has fallen over the years.
Score: 11 Votes (Like | Disagree)

Porco
My cat is rumoured to be going to buy Electronic Arts (EA)!

Update: according to myself, the rumour my cat is going to buy Electronic Arts (EA) is incorrect.

Also, I don’t even own a cat.
Score: 11 Votes (Like | Disagree)
Read All Comments

Monday May 23, 2022 10:58 am PDT by Juli Clover
Apple is one of several companies that have held talks with Electronic Arts (EA) about a potential purchase, according to a new report from Puck. EA has spoken to several "potential suitors," including Apple, Amazon, and Disney as it looks for a merger arrangement. Apple and the other companies declined to comment, and the status of the talks is not known at this time, but Apple does have an ...
Read Full Article • 178 comments

Sony Planning to Get Into Mobile Games With New Acquisition

Monday August 29, 2022 2:36 pm PDT by Juli Clover
PlayStation maker Sony today announced that it intends to begin producing mobile games designed for iPhone and Android devices through the acquisition of Savage Game Studios. Savage Game Studios founders have worked for companies that include Rovio, Zynga, and Wargaming, and Sony says they have "many years of experience making some of the most popular mobile games." Sony says that its mobile ...
Read Full Article • 85 comments

Thursday September 29, 2022 9:27 am PDT by Juli Clover
Google today announced that it is shutting down its Stadia cloud gaming service, with access set to end in mid-January 2023. Google will be providing refunds for all hardware purchases, all game purchases, and all purchases of in-app add-on content made through the Stadia store. Stadia was not able to gain the traction with users that Google was expecting, which is why it is being shuttered.F...
Read Full Article • 243 comments

Apple Explains What Happens When Games Are Removed From Apple Arcade

Wednesday July 20, 2022 8:34 pm PDT by Joe Rossignol
Apple today published a new support document that clarifies what happens when games are removed from its Apple Arcade subscription service. Apple said that users who download a game before it is removed from Apple Arcade can continue to play the game for "at least two weeks after." Users who launch an Apple Arcade game that is no longer playable will receive a "No Longer Available" message. ...
Read Full Article • 70 comments

Thursday July 14, 2022 5:10 am PDT by Eric Slivka
Rumors have been circulating about Apple bidding on the massive NFL Sunday Ticket package for out-of-market games, with a report just a few weeks ago stating that Apple, Amazon, and Disney were all in the running. According to Dylan Byers at Puck News, Apple is now regarded as the "most likely winner" as Disney has dropped out of the bidding that could approach $3 billion per year.As I...
Read Full Article • 86 comments

Tuesday August 2, 2022 4:36 am PDT by Tim Hardwick
Apple today removed 15 games from Apple Arcade, just over two weeks after it listed the first batch of titles set to leave the subscription service due to developer contract expirations. On July 18, Apple added a section to the Arcade area of the App Store titled "Leaving Arcade Soon" and listed the games that would be removed, but it did not specify when they would be gone. That section...
Read Full Article • 112 comments

Monday July 18, 2022 11:34 am PDT by Juli Clover
Apple recently added a "Leaving Arcade Soon" section to its Apple Arcade App Store service, signaling that approximately 15 games are going to be removed from Apple Arcade at some point in the near future. Apple did not provide details on why the games are leaving or what happens to the games downloaded onto the devices of Apple Arcade customers, but MacRumors spoke to an inside source that...
Read Full Article • 139 comments

Monday July 18, 2022 3:07 am PDT by Tim Hardwick
Apple Arcade is set to lose 15 games in the near future, according to a new section in the Arcade area of the App Store titled "Leaving Arcade Soon." The following games are listed in the new section, which allows Arcade subscribers to download the games while they are still available, without specifying when they will be gone. Projection: First Light Lifeslide Various Daylife EarthNigh...
Read Full Article • 82 comments