Amazon is increasing its Prime membership subscription prices across Europe in September by up to 43% a year, the company has announced just days before its Q2 earnings results. 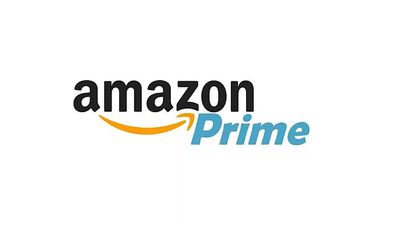 In an email to customers, Amazon said the annual Prime subscription price will increase by 20% in the United Kingdom from £79 to £95 from September 15.

It's the first Prime price rise in the UK, Amazon's third-biggest market behind the United States. Amazon is also increasing the monthly cost of Prime in European markets, by £1 or 1 euro per month.

The move follows a similar price hike in the US in February, when the price of Prime increased to $139, up from the previous $119 annual rate.

The changes take effect starting September 15 when members join or next renew. Amazon told Reuters the price increases are a result of increased inflation and operating costs as well as faster delivery and more content to stream in the impacted countries.

In April, Amazon posted its first quarterly loss in seven years. The company cited headwinds including higher wages, rising gas costs, and a loss from its stake in Rivian Automotive.

kerr
A 20% increase is ok because we all get 20% pay rises each year don’t we? How bad is the world right now? Interest rates, cost of living, multi-billion dollar companies crying poor.
Score: 31 Votes (Like | Disagree)

mimeArtist
I'm assuming they're passing this to the drivers who work all hours?
Score: 30 Votes (Like | Disagree)

Jmausmuc
Is it just me or has Amazon become kind of unusable?

I find myself using them less and less.

If for example I want to buy an iPhone charger, I get hit with 100s of cheap Chinese knock offs that are hard to distinguish from good quality ones.

Same for boxers, I have ordered Calvin Kleins multiple times and I get the feeling some might be fake. A lot of people in the ratings are saying the same.

It’s really hard to find the right thing in their store these days.

I also find that shipping takes longer than it used to.
Score: 28 Votes (Like | Disagree)

The reason the prices are different is that the fundamental offerings are different and the market economics are different (e.g. strong English language bias in video content). So, what people in Spain are prepared to pay for Prime, vs. people in the UK, is not the same.

DFZD
And kids this is why Monopolies are evil.
Score: 17 Votes (Like | Disagree)
Read All Comments