Netflix today announced that it plans to partner up with Microsoft for its planned ad-supported streaming tier, with Microsoft set to handle ad sales. Netflix says that Microsoft will be able to support all of its advertising needs for the new, more affordable streaming option. 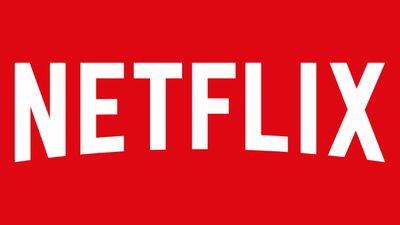 In April we announced that we will introduce a new lower priced ad-supported subscription plan for consumers, in addition to our existing ads-free basic, standard and premium plans. Today we are pleased to announce that we have selected Microsoft as our global advertising technology and sales partner.

Microsoft has the proven ability to support all our advertising needs as we work together to build a new ad-supported offering. More importantly, Microsoft offered the flexibility to innovate over time on both the technology and sales side, as well as strong privacy protections for our members.

Netflix co-CEO Ted Sarandos confirmed in June that Netflix is planning to implement a cheaper ad-supported tier to draw in customers who do not want to pay the $9.99 per month starting price for an ad-free plan. At the time, Sarandos said that Netflix was in talks with ad-sales partners.

Though Netflix said in the past that it would not offer a more affordable tier with ads, the company's plans changed following its disappointing first quarter. Netflix lost subscribers for the first time in 10 years, with revenue growth slowing considerably. Netflix largely blamed the downturn on "a large number of households sharing accounts" and "competition."

An ad-supported tier could help Netflix tap customers that it is not able to reach at the current time, and Sarandos said that he believes Netflix will return to growth with the ad-based tier and the plan to more effectively monetize multi-household sharing through new restrictions that are being tested.

Netflix today said that it's "very early days" and there's "much to work through," but that its long term goal is to offer "more choice for consumers and a premium, better-than-linear TV brand experience for advertisers." Netflix is rumored to be aiming to launch its ad-supported tier before the end of 2022, perhaps in the last three months of the year.

appleguy123
If Netflix is going to segment by ads, they shouldn’t also segment by video resolution. Is this plan going to have 480p videos and 4K ads?
Score: 35 Votes (Like | Disagree)

TheYayAreaLiving ?
Partnering with Microsoft will not do much. Netflix is money hungry. My membership with Netflix will stay canceled and not planning on going back to them any time soon.
Score: 30 Votes (Like | Disagree)

It's 2022 Netflix. Why are you still making 1080p a premium offering? You run your own CDN, you cheapskates.

They are the only streaming service as far as I know that charge a premium price for 4K.
Score: 16 Votes (Like | Disagree)
Read All Comments