Foxconn has commenced its annual seasonal hiring spree in preparation for iPhone 14 production, according to the South China Morning Post. 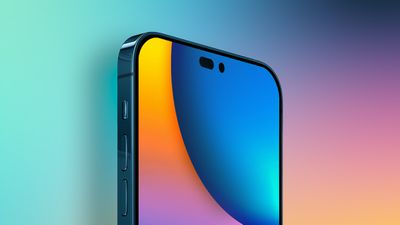 The report claims that Foxconn is offering a 9,000 yuan bonus (around $1,300) to new assembly line workers who stay on the job for more than four months after being hired at its factory in Zhengzhou, China. Foxconn offers similar bonuses to new and returning workers each year in the months leading up to a new iPhone launch.

Yesterday it was reported that Apple suppliers have begun shipping iPhone 14 components to manufacturers like Foxconn for final assembly.

Key new features rumored for the iPhone 14 Pro models include a new pill-shaped cutout and hole housing Face ID sensors and the front camera, a faster A16 chip, an upgraded 48-megapixel rear camera lens with support for 8K video recording, and an always-on display that shows the time, date, and iOS 16's new Lock screen widgets.

Improvements across the iPhone 14 lineup could include an upgraded front camera with autofocus, longer battery life, and Wi-Fi 6E support.

Mr. Dee
Are they looking for overtime on weekends? I could maybe chip in for a few hours on Saturday.
Score: 8 Votes (Like | Disagree)

I made exactly the same mistake. When I looked back I couldn't believe the word "professional" was not there. I guess most people would not make that statement with professional being in there, so we "see" it when we read it. How the mind plays tricks!

What difference does it make? I happen to be an engineer (systems and hardware). However, I put just as much care, probably more, into each photograph I make. As an aside, I've had multiple gallery shows, and have also engaged in multiple photography projects - most about people in urban environments. Also there's a huge difference between "taking" photographs and "making" photographs. Thus I use the phrase "making photographs."

A camera, whether it's a dSLR/mirrorless/view-camera (I own all three of different kinds, over the years), is simply just a tool.

A strong photograph that evokes an emotional response from viewers has very little to do with the gear used. Rather, it's about the photographer's imagination, life experiences, reading/considering light, ability to compose while deciding what should/shouldn't be in the frame, deciding which details should be hidden (letting them drop into the shadow) or accentuated, recognizing gesture, considering environmental context and supporting elements, and many more decisions than that are made before the shutter is released.

Cameras are like tools in my woodshop. It's what you do with them that counts.
Score: 7 Votes (Like | Disagree)

what the hell..you are a professional photographer and you are using smartphones camera ? i mean 8 years ago we had what iphone 6...so you started with iphone 6 to be your main camera as a photographer? Jeusus nobody cares about quality these days

For some people, photography is all about gear.

For others it's about making compelling photographs that stir a viewer's imagination.

As an aside, that's not particularly important, for camera phones, I started with a 4s. My 6+ convinced me it was a worthy camera for making photographs. After that, an X. And then a 12 Pro.
Score: 6 Votes (Like | Disagree)

It seems that will be a really cool iPhone, and I really feel the temptation to buy it. But from my perspective as a Creative Producer, I need to be able to shoot high-quality video and download the footage to my Mac for post-production, I also live in a developing country and change my iPhone every 4/5 years, so maybe it would be better to wait one more year for the first Thunderbolt / USB-C iPhone

Replacing your iPhone every 9.6 months seems a bit excessive, no?
Score: 6 Votes (Like | Disagree)

citysnaps
Coming from a 12 Pro, if the camera tech is a step up and produces good results, I'll purchase one.

As a photographer, iPhones have been my main cameras for the last seven years.
Score: 5 Votes (Like | Disagree)

Motawa
Come in slaves! COME IN!
Score: 4 Votes (Like | Disagree)
Read All Comments

Monday June 27, 2022 8:32 am PDT by Joe Rossignol
Apple suppliers have begun shipping components for iPhone 14 models, which are expected to launch in September as usual, according to Taiwanese industry publication DigiTimes. The report likely refers to components being shipped to manufacturers like Foxconn for final assembly of iPhone 14 models over the next few months. "Component suppliers have kicked off recently their shipments for the...
Read Full Article • 69 comments

Tuesday August 23, 2022 2:14 am PDT by Tim Hardwick
Apple will begin iPhone 14 production in India about two months after the first wave of devices are released out of China as manufacturing partners try to replicate the complex iPhone supply chain operation in another country for the first time. Bloomberg reports that Apple has been working with suppliers to ramp up manufacturing in India and "shorten the lag in production of the new iPhone...
Read Full Article • 69 comments

Rumor: iPhone 14 Pro Display Cutouts Could Appear as a Single Wide Pill Shape When Turned On

Wednesday August 31, 2022 7:51 am PDT by Tim Hardwick
Update: Well-connected Bloomberg journalist Mark Gurman has since corroborated this rumor, saying the cutouts on the iPhone 14 Pro will look like "one wide pill." It's been almost 12 months since rumors first suggested that Apple's upcoming iPhone 14 Pro models will feature both hole-punch and pill-shaped cutouts near the top of the display. While this design detail has since been corroborate...
Read Full Article • 178 comments

Monday August 8, 2022 4:33 am PDT by Tim Hardwick
The camera bump on the upcoming iPhone 14 Pro Max is expected to be the largest rear lens housing Apple has ever installed on its flagship smartphones, and a new photo offers a rare glimpse at just how prominent it is compared to Apple's predecessor device. iPhone 14 Pro Max dummy (left) vs iPhone 13 Pro Max All iPhone 14 models are expected to see upgrades to the Ultra Wide camera on the...
Read Full Article • 134 comments