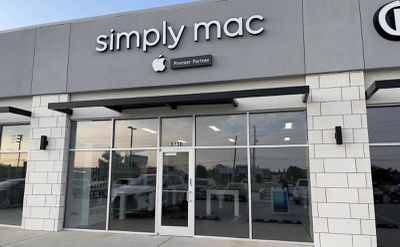 In a letter to employees today, obtained by MacRumors from multiple sources, Simply Mac CEO Rein Voigt said the company is shutting down its operations and terminating all employees effective immediately in anticipation of filing for Chapter 7 bankruptcy in the United States, which will result in complete liquidation of the company.

"Since our acquisition of Simply Mac from GameStop on September 25, 2019, we have worked hard as a team to grow our company to be North America's preeminent Apple Partner and provide our customers with transformational experiences that drive long-term loyalty," said Voigt, in the letter to employees. "However, we could not have possibly foreseen that on December 12, 2019 in Wuhan, China a world-wide pandemic would start and ultimately cause us to layoff half our workforce and close many of our stores."

Voigt said that Simply Mac's financial performance "never met our expectations" since the former GameStop subsidiary was acquired by Cool Holdings, Inc. in 2019. Due to "funding constraints," Voigt added that Simply Mac was "unable to adequately stock our stores with inventory or stay current with our financial obligations."

Voigt added that Simply Mac will be unable to pay employees tomorrow or in the future, and noted that all employees will receive a notice from the bankruptcy court in due course and have an opportunity to submit a claim, according to the letter.

As of January 2022, Simply Mac operated 53 retail stores across the United States. Many of Simply Mac's stores were located in cities that lacked an Apple Store, providing residents with a local alternative for Apple products and repairs.

macmac30
What do you want to bet that the CEO got his last paycheck…
Score: 77 Votes (Like | Disagree)

kirbyrun
That he felt compelled to specify that the pandemic began "in Wuhan, China" is...interesting.

I mean, everyone knows where the pandemic began. How is its origin point relevant to this bankruptcy? Its existence? Sure! But its origin?

4ubrey
Bankruptcy is rarely a surprise choice for a business. That they ran it this thin and knew what was coming and then couldn’t pay their employees is absolutely lame and probably driven by greed from whoever owns this.

Wow that’s awful for the employees but Apple shaft resellers.

In this case it wasn't apples fault
Score: 24 Votes (Like | Disagree)

ethanwa79
TERRIBLE that they didn’t shut down two weeks ago so employees could get a final paycheck. Now you’ve got 1000’s of people who just gave up two weeks of their own lives working for free for a company that KNEW they were going under well in advance.

TheYayAreaLiving ?
Dang! 16 years later. Tough pill to swallow. Reminds me of Radio Shack in the U.S.
Score: 19 Votes (Like | Disagree)
Read All Comments

Thursday November 17, 2022 4:42 pm PST by Juli Clover
Hundreds of Twitter employees today resigned from the company rather than opting in to be part of "Twitter 2.0" under Elon Musk, according to The Verge. Musk earlier this week told workers that Twitter will be "extremely hardcore" going forward, with employees expected to put in long hours at high intensity. "Only exceptional performance will constitute a passing grade," he said. Musk on...
Read Full Article • 1179 comments

Wednesday October 12, 2022 11:13 am PDT by Juli Clover
Apple does not plan to provide recently announced employee perks to workers at a Maryland store who have unionized, reports Bloomberg. Apple this week announced plans to offer employees additional funds for education and new health care features in some states, but unionized employees at the Towson, Maryland Apple Store will not receive these benefits. Towson workers were told that the store ...
Read Full Article • 280 comments

Wednesday November 2, 2022 3:49 pm PDT by Juli Clover
The unionized Towson Apple Store in Maryland today filed a complaint with the National Labor Relations Board after its employees were excluded from some benefits that Apple recently introduced for non-union workers, reports Bloomberg. Apple in October announced plans to offer employees additional funds for education and new health care options in some states, but workers at the Towson store w...
Read Full Article • 272 comments

Tuesday November 15, 2022 1:05 am PST by Sami Fathi
A new report has revealed internal disagreement within Apple, causing some employees who work on the company's ads business to raise concerns that showing more ads to iPhone users ruins the premium experience that's been long offered to its customers, The Information reports. The lengthy report by The Information takes a deep dive into how Apple's ads team operates and internal concerns that ...
Read Full Article • 170 comments

Friday October 14, 2022 6:33 pm PDT by Joe Rossignol
Apple Penn Square employees have voted to unionize, according to Bloomberg's Josh Eidelson. The store, located in Oklahoma City, is the second Apple retail location to form a union in the U.S. following a store in Towson, Maryland earlier this year. The employees reportedly voted 56 to 32 in favor of joining the Communications Workers of America (CWA) union following an election open to all...
Read Full Article • 305 comments

Monday June 20, 2022 10:07 am PDT by Juli Clover
U.S. President Joe Biden this morning said that he was "proud" of Apple employees in Maryland who voted to unionize over the weekend, reports Reuters. Though other Apple retail locations have been discussing unionization, the Maryland employees are the first Apple retail workers to unionize in the United States. "Workers have a right to determine under what condition they are going to work...
Read Full Article • 455 comments

Wednesday November 30, 2022 2:39 am PST by Sami Fathi
Geekbench scores allegedly for the upcoming "M2 Max" chip have surfaced online, offering a closer look at the performance levels and specific details of the forthcoming Apple silicon processor. The Geekbench results, first spotted on Twitter, are for a Mac configuration of with the M2 Max chip, a 12-core CPU, and 96GB of memory. The Mac listed has an identifier "Mac14,6," which could be...
Read Full Article • 200 comments

Wednesday November 30, 2022 10:09 am PST by Juli Clover
Apple today released iOS 16.1.2, another minor bug fix update that comes one week after the release of iOS 16.1.1 and three weeks after the launch of iOS 16.1, an update that added support for iCloud Shared Photo Library, Matter, Live Activities, and more. The iOS 16.1.2 update can be downloaded on eligible iPhones over-the-air by going to Settings > General > Software Update. According...
Read Full Article • 107 comments