Apple has robustly defended its ecosystem in a submission to Australia's competition watchdog, amid growing global scrutiny of the power of big tech companies and "gatekeeping." 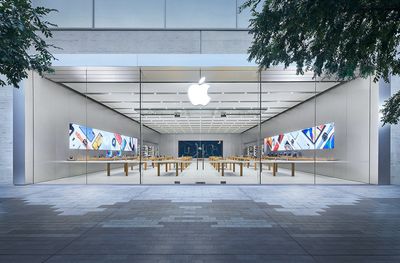 The Australian Competition and Consumer Commission (ACCC) has scrutinized Apple's ecosystem in a series of investigations since last year and encouraged the company to give users more control over preinstalled apps and services. In a detailed response to the ACCC's Digital Platform Services Inquiry Discussion Paper, Apple argued that proposed changes to its ecosystem "would reduce incentives for dynamic firms like Apple to innovate and develop new and differentiated products" and expose users to a "far less secure and private environment."

Apple is puzzled that the competition and consumer protection agency would prioritise purported competition concerns which lack cogent evidence of harm, over clear and present severe damage to users that they experience every day. That is not what consumers want to see as outcomes of legislative reform - they want stronger, not weaker, protection - from the unlawful conduct which affects the hundreds of thousands of Australians every year whose information is stolen, scammed, traded and exploited to their detriment.

Apple highlighted confidential data that it submitted to the ACCC that shows there is "a meaningful, consistent, and upward-trending willingness of users to switch between devices and platforms, and an ongoing capacity for them to do so." The company also argued that it competes with "other software distribution platforms to attract developers to the App Store," citing web apps as an example of "an alternative means for developers to distribute apps to iOS users."

Australia is among the many countries now heavily scrutinizing Apple's ecosystem and threatening pervasive legislation in an attempt to force changes, including the United States, the United Kingdom, Japan, South Korea, the European Union, and more, with a clear appetite from global regulators to explore requirements around app store policies, app sideloading, and interoperability.

See Apple's full response to the ACCC for more information.

Macative
Had Apple not locked down iOS in the beginning, and ran it much more like macOS from the start...does anyone truly believe: 1) they would have made any less money (measurably)? 2) the iPhone would not be secure?

Both ideas are very doubtful.
Score: 12 Votes (Like | Disagree)

DBZmusicboy01
This decade has been Anti everything good :(
Score: 12 Votes (Like | Disagree)

BootsWalking
Uh oh, yet another continent the faithful will say Apple should pull out of. There's always Antarctica.
Score: 12 Votes (Like | Disagree)

Maybe apple should put Australia in its rear view mirror.

I7guy
While apple has to follows laws, iOS will wind up like android, unfortunately.
Score: 9 Votes (Like | Disagree)

If devs choose to leave the Apple App Store to either go it alone or be exclusively in another store we as consumers lose:
[LIST=1]
* The convenience of a one stop shop for app purchases and updates
* The security/privacy of Apple's payment system versus others
* The very clear privacy declarations that the Apple store requires.

Here's the thing - none of those things will go away. Apple will still have a store, and you can still rest cozy in your little well-protected walled garden with your iNanny watching over you, if you want. All you need to do is not buy apps from other stores. While that might be a tad inconvenient because you really really want that killer app - that still becomes your choice, instead of Apple's. And it's still a far less invasive suggestion than you walled-garden fans telling us to ditch our iPhones and switch to Android every time this subject comes up.
Score: 8 Votes (Like | Disagree)
Read All Comments

Friday April 29, 2022 5:40 am PDT by Hartley Charlton
The National Telecommunications and Information Administration (NTIA) has launched an investigation into competition in mobile app ecosystems. On behalf of the United States Department of Commerce, the NTIA is now requesting comments about competition in mobile app ecosystems. The investigation was triggered by an executive order on Promoting Competition in the American Economy from July...
Read Full Article • 312 comments

Friday May 6, 2022 5:04 am PDT by Hartley Charlton
Following reports that the UK government had dropped plans to heavily regulate Apple and other big tech companies using a new Digital Markets Unit (DMU), the Department of Culture, Media and Sport (DCMS) has assured that it will empower the DMU with statutory powers to penalize firms that do not meet its rules (via Reuters). The government announced plans to set up the DMU in 2020, stating...
Read Full Article • 75 comments

Tuesday May 3, 2022 5:58 am PDT by Hartley Charlton
The UK is set to abandon plans to heavily regulate Apple and other big tech companies using a new competition authority, the Financial Times reports. In a paywalled report, the Financial Times claims that the British government's new legislative agenda, due to be set out in the Queen's Speech next week, will not include a bill to empower the Digital Markets Unit (DMU). The government...
Read Full Article • 62 comments

Tuesday April 26, 2022 5:23 am PDT by Hartley Charlton
Apple today hit back at a report from the Japanese government indicating that the company could be hit with new regulation to ensure fair competition in the smartphone operating system market, The Japan Times reports. The Japanese government's interim report expressed concern over Apple and Google's control of the smartphone operating system market, particularly with regards to pre-installed ...
Read Full Article • 557 comments

Friday May 20, 2022 5:05 am PDT by Hartley Charlton
The European Union is pressing ahead with legislation to heavily regulate companies like Apple, setting plans to force "gatekeepers" to open up access to hardware and software, and even set up an internal department to meet new rules, according to an endorsed agreement from the European Parliament's Internal Market Committee. The provisional agreement on the Digital Markets Act (DMA) was reac...
Read Full Article • 686 comments

Thursday May 5, 2022 5:52 am PDT by Hartley Charlton
The European Union's wide-reaching new regulations to target Apple and other big tech companies will come into effect in early 2023, according to EU antitrust chief Margrethe Vestager (via TechCrunch). The EU's Digital Markets Act (DMA) could force Apple to make major changes to the App Store, Messages, FaceTime, third-party browsers, and Siri in Europe. For example, it could be forced to...
Read Full Article • 114 comments

Wednesday May 25, 2022 6:00 am PDT by Juli Clover
Apple today shared details on developer studies sourced from economists at Analysis Group (commissioned by Apple) and the Progressive Policy Group, with the reports aimed at highlighting the successes of small businesses and independent developers on the App Store. Between 2019 and 2021, earnings for small developers increased by 113 percent, outpacing the growth of larger developers,...
Read Full Article • 36 comments