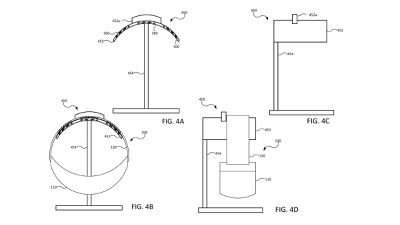 In a patent filed with the U.S. Patent and Trademark Office simply called "Display system," first spotted by Patently Apple, Apple outlines how a head-mounted display device may be wirelessly charged via inductive coils placed inside the headband.

Apple explains how a headset's adjustable headband may contain a number of spaced-apart receiving coils connected to the device's power storage or battery. The headband continues to function as expected, with adjustable left and right sides to comfortably support the display unit on the front of a user's face. Apple also describes separate charging modes to allow wireless charging via this method even when the user is wearing the headset.

Apple says that the "head-mounted display and the power supply device are cooperatively configured to align the transmission coil" to charge, as to prevent users from needing to carefully align the charging coils manually. This could simply relate to the layout of the charging system, as is the case with the stand configuration, but it could also potentially even extend to a MagSafe-like alignment system.

In another patent filing granted earlier this week titled "Electronic device with infrared transparent one-way mirror," Apple describes how a head-mounted display device may feature a mirror-effect finish like some sunglasses or ski goggles. The one-way mirror allows optical components in the interior region, such as cameras and infrared sensors, to function correctly but be hidden from view by the reflective finish of the headset's exterior.

Apple's rumored mixed-reality headset is often the focus of the company's patent filings, with previous patents including a finger-mounted control device, adjustable lenses, eye-tracking, and even software. While patent applications cannot be taken as concrete evidence of the exact hardware Apple is planning to sell, it is difficult to look past the way in which the company's large number of patent filings may fit into the bigger picture surrounding its rumored headset project.

a head-mounted display device may feature a mirror-effect finish like some sunglasses or ski goggles. 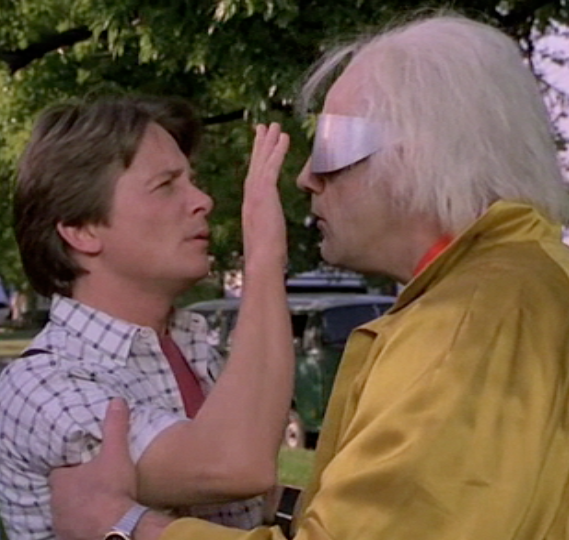 
VR headset will be inspired by:

randomthoughts
I really hope that governments can get ahead of mixed reality and virtual reality to require studies on psychological safety and impact on mental health before mainstream adoption. We should learn our lesson on the negative impact social media has had on society and people’s psychological well-being.
Score: 6 Votes (Like | Disagree)

mcfrazieriv
Can't wait to be driving on the freeway and look over to someone sitting in a Tesla in the HOV lane wearing an Apple headset.
Score: 3 Votes (Like | Disagree)
Read All Comments