Apple to Expand Presence in Ireland and North Carolina

Apple is expanding its presence in Ireland with a new product testing center, the Irish Examiner reports, alongside opening a new office in North Carolina. 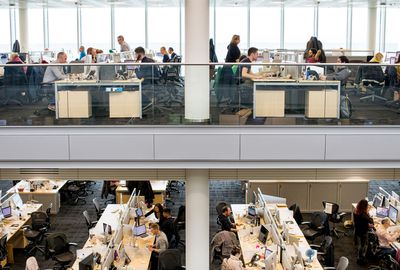 Apple will open a new product testing center in Cork, Ireland, in what will be the first facility of its kind to test Apple devices in Europe. At the site, Apple engineers and technicians will use a range of equipment, including electron microscopes and CT scanners, to test products with the aim of improving durability and performance.

The testing center is located nearby to Apple's campus at Hollyhill, and was previously used to store hard disks, manuals, and documentation. Speaking to the Irish Examiner, Apple's vice president of European Operations Cathy Kearney said the new test facility was "a natural evolution from all the investments in recent years" in Cork:

The focus of this facility is to ensure the best product, durability and performance, and the lab team here will be testing and analysing Apple's entire range of products. This facility is the first of its kind in Europe and we are delighted to have it here in Cork.

The new testing facility in Cork follows the establishment of an Apple team in Ireland dedicated to researching artificial intelligence and machine learning.

Meanwhile, WRAL reports that Apple is planning to spend $19.3 million to renovate the seven-floor MetLife Building 3 in Cary, North Carolina. The location is a temporary space ahead of the opening of a new, $1 billion Apple campus in the state. Apple is in the process of recruiting a range of technical staff, developers, and engineers for the new office, according to Cary Chamber of Commerce President Mark Lawson.

Sod the testing centre, give us a goddamn apple store. It’s ridiculous that the EU headquarters is in Ireland and we don’t have a single store.

They want to use Ireland for the tax breaks but have no interest in their Irish customers
Score: 15 Votes (Like | Disagree)

Squozen
Sod the testing centre, give us a goddamn apple store. It’s ridiculous that the EU headquarters is in Ireland and we don’t have a single store.
Score: 13 Votes (Like | Disagree)

Greed is good, eh? Apple has so much money it doesn't know what to do with it. It's tax dodging just because it can.

It's 'tax dodging' because it has a responsibility to its owners - i.e. the shareholders - to maximize their return on investment. You're barking up the wrong tree: tell inept governments to close those tax loop holes and companies will stop taking advantage of them.
Score: 4 Votes (Like | Disagree)

rpmurray
In what sweatshop was that picture taken?
Score: 4 Votes (Like | Disagree)

citysnaps
Who among the above infuriated and outraged will be standing up and voting with their wallets, and purchase competing computers and phones?
Score: 3 Votes (Like | Disagree)

Greed is good, eh? Apple has so much money it doesn't know what to do with it. It's tax dodging just because it can.

So would you and I if we could pay less taxes.
Score: 3 Votes (Like | Disagree)
Read All Comments

Apple to Source Chips From Arizona Starting in 2024

Tuesday November 15, 2022 2:23 pm PST by Juli Clover
Apple plans to begin sourcing some of its chips from a plant in Arizona, according to a report from Bloomberg. Apple CEO Tim Cook revealed the information in a meeting with engineering employees in Germany back when he was touring Europe. "We've already made a decision to be buying out of a plant in Arizona, and this plant in Arizona starts up in '24, so we've got about two years ahead of us...
Read Full Article • 111 comments

Monday September 26, 2022 8:09 am PDT by Hartley Charlton
Apple will open its London office space in Battersea Power Station early next year, Apple CEO Tim Cook today announced upon a visit to the all-new campus. Render of the redeveloped Battersea campus Apple first announced plans for the new campus in 2016. It said that 1,400 Apple employees will be moved from eight locations around London to occupy the new UK office space. Following a visit to...
Read Full Article • 123 comments

Friday November 11, 2022 6:39 am PST by Hartley Charlton
Apple is seeking to improve Spotlight search, but is still years away from launching a search engine to rival Google, according to The Information. The paywalled report explains that Apple's search technology faces a setback amid loss of talent to Google. In 2018, Apple sought to bolster development of a web search engine by buying machine learning startup Laserlike, which was founded by...
Read Full Article • 316 comments

Friday October 21, 2022 8:02 am PDT by Joe Rossignol
Apple's vice president of industrial design Evans Hankey plans to leave the company next year, according to Bloomberg's Mark Gurman. Apple confirmed the report in a statement, but her successor has not been named yet. Apple's hardware design lead Evans Hankey (left) and software design lead Alan Dye (right) "Apple's design team brings together expert creatives from around the world and across ...
Read Full Article • 249 comments

Thursday September 29, 2022 12:38 pm PDT by Juli Clover
Tony Blevins, Apple's vice president of procurement, is set to depart the company after he made a crude comment about his profession in a recent TikTok video, reports Bloomberg. Blevins was in a video by TikTok creator Daniel Mac, who was doing a series on the jobs of people he spotted with expensive cars. After seeing Blevins in an expensive Mercedes-Benz SLR McLaren, Mac asked Blevins what ...
Read Full Article • 802 comments

Thursday October 13, 2022 2:58 am PDT by Tim Hardwick
Microsoft Office will soon officially be renamed "Microsoft 365," in the biggest rebranding of the company's office productivity software in more than 30 years (via The Verge). You may have heard of Microsoft 365 already – that's because Microsoft renamed Office 365 subscriptions to Microsoft 365 two years ago. But in the coming months, Office.com, the Office mobile app, and the Office ...
Read Full Article • 231 comments

Tuesday October 11, 2022 10:17 am PDT by Juli Clover
Apple today introduced a new "Ask Apple" feature that is designed to allow developers to get help with app development from Apple engineers and experts. With Ask Apple, developers can get information on implementing new beta features, updates introduced at WWDC, adopting Dynamic Island, swapping to SwiftUI, and more. Developers will be able to ask questions of Apple team members through Q&As ...
Read Full Article • 18 comments