The fifth-generation iPad Air will feature a range of significantly upgraded internals, according to an unverified but increasingly plausible report coming out of Asia. 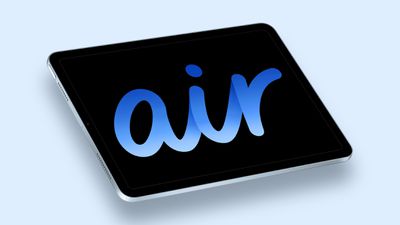 According to a post from the account "yeux1122" on the Korean blog Naver, the fifth-generation ‌iPad Air‌ will feature the M1 chip. As a result, the ‌iPad Air‌ is also destined to be paired with 8GB of memory, the post claims.

The account previously said that Apple was planning to launch a new iPad mini model with an 8.7-inch display and a chassis that has an increased width and reduced height compared to the fifth-generation iPad mini in the second half of 2021. While the display size claim was inaccurate, with the sixth-generation ‌iPad mini‌ actually featuring an 8.3-inch display, the chassis rumor and launch timeframe proved to be correct.

The ‌‌M1‌‌ chip features a 8-core CPU and a 7 to 8-core GPU, and comparatively, the A15 chip has a 6-core CPU and 5-core GPU, so the ‌‌M1‌‌ does offer some performance improvements over the A-series chips.

Yesterday, 9to5Mac exclusively reported that the fifth-generation ‌iPad Air‌ will feature the ‌M1‌ chip, but it is not clear if that is independently-sourced information or simply derived from this Naver blog post.

The new ‌iPad Air‌ is expected to be announced at Apple's "Peek Performance" event, which will start at 10:00 a.m. Pacific Time today, so we don't have long before we learn exactly what chip Apple is adding to the ‌iPad Air‌. We'll have coverage here at MacRumors.com and on our MacRumorsLive Twitter account.

SamRyouji
It's too good to be true.
If it's true, key difference between Air 5 and Pro 2021 will be just ProMotion, Quad Speaker, Thunderbolt port and Dual Camera + LiDAR. All feature that most of people will overlook.

But let's see what Apple will bring to us here. After all, they're the company full of surprises.
Score: 8 Votes (Like | Disagree)

Spike1999
Having anything less than 128GB for base storage is ridiculous now.
Score: 6 Votes (Like | Disagree)

headlessmike
Does this mean that the iPad Pro will get an M1 Pro in the next update? Surely that would resolve all of the productivity bottlenecks people have with iPads.
Score: 5 Votes (Like | Disagree)

Bustycat
The bottleneck is still iPadOS.
Score: 4 Votes (Like | Disagree)

azentropy
Seems pretty overkill for the Air. I would have rather seen them not update so many features and take the price back to $499.
Score: 4 Votes (Like | Disagree)

Jd3774life
If this is true.. iPad Pro must be getting a big update soon to keep its name. I can't wait! Also this would be a great iPad Air for those that don't need Pro features but would still benefit from this performance daily.
Score: 3 Votes (Like | Disagree)
Read All Comments