Amid an ongoing dispute with the Authority for Consumers and Markets (ACM) in the Netherlands over the App Store, Apple has defended its plan to require app developers to submit an additional app binary for the Dutch storefront if they wish to use a third-party payment processing method. 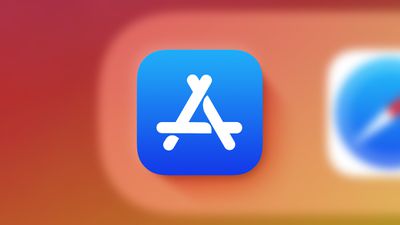 The ACM has ruled that Apple must allow dating apps in the Netherlands to use third-party payment processing systems. This differs from developers elsewhere in the world who must use Apple's in-app purchasing system built into the ‌App Store‌. Apple has announced plans to comply with the ruling, giving developers the ability to use a third-party method in the app itself or redirect users to a website for purchase.

Apple's plan to comply with the ruling, however, has faced some criticism over its requirement that developers submit an additional app binary for their dating app in the Netherlands if they wish to use a third-party payment method. The requirement has caused the ACM to deem Apple's plan as not complying with its ruling and consequently has levied weekly fines for the Cupertino tech giant. The penalties have now accumulated to €30 million.

In a letter obtained by MacRumors, Apple's head of compliance, Kyle Andeer, has defended Apple's plan and said it believes it is fully compliant with the ACM ruling and that Apple has a "consistent and longstanding commitment to compliance in each and every country in which we do business." In the letter, Andeer explained that the ‌App Store‌ operates under one set of core rules applied to all developers and all apps, irrespective of country.

"To ensure the best experience for users, Apple does not operate multiple versions of the ‌App Store‌, there is just one store with many different storefronts. That has proven to be an incredible opportunity for developers," Apple said. In some cases, Apple noted that some developers might want to offer a different app binary for specific storefronts, possibly to comply with local law and regulation.

Apple's requirement that dating apps submit a different app binary if they wish to use a third-party payment method or redirect users to the web for in-app purchases is "a straightforward prerequisite," according to Apple. The additional app binary ensures "that Apple complies with its legal obligations in the Netherlands while at the same time having the ability to maintain its standard terms and conditions in the rest of the world," Apple added.

Apple emphasized in the letter that the practice of employing an additional app binary is not complicated or costly for developers to do. "Dating apps are familiar with this process and in fact engage in it voluntarily," Apple noted. To prove its point that the practice is not an out of the ordinary requirement for it to enforce, Apple highlighted several apps made by Match Group, a developer which led the ACM to investigate Apple's ‌App Store‌, that have different app binaries for different storefronts, including "Our Time" and "Match."

Dating app developers in the Netherlands would only need to conduct "minor technical" changes to their existing app binary if they wish to use third-party payment methods or websites.

Dating app developers need to update their binary in order to take advantage of the new alternatives ordered by the ACM as the existing binaries of apps in the App Store do not contain third party processor or linking out capabilities. Apple's requirement therefore does not add any additional coding obligation on the developers but simply requires them to maintain the old binary for use outside of the Dutch storefront. With the changes Apple has implemented to comply with the ACM order, developers of dating apps in the Netherlands may update their binary now.

The ACM has been blunt in its denial of Apple's plans, saying that Apple has "refused to put forward any serious proposals" for its concerns over the company's compliance plan.

Andeer admitted in the letter that Apple and the ACM "have a difference of opinion" that may eventually need to be resolved by a court. Nonetheless, Andeer said that Apple is committed to working with the ACM in finding a solution both parties can agree to that benefits both Dutch developers and consumers.

I have not idea what you are talking about? Can't read your mind? What is the thing Apple promised to fight?

A future dominated and controlled by one big evil corporation.

Steve Jobs said this once:

"It is now 1984. It appears IBM wants it all. Apple is perceived to be the only hope to offer IBM a run for its money. Dealers initially welcoming IBM with open arms now fear an IBM dominated and controlled future. They are increasingly turning back to Apple as the only force that can ensure their future freedom. IBM wants it all and is aiming its guns on its last obstacle to industry control: Apple. Will Big Blue dominate the entire computer industry? The entire information age? Was George Orwell right about 1984?"

Replace IBM with Apple and those with open eyes will see that it's not too far off from the truth.

"It is now 2020. It appears Apple wants it all. ________ is perceived to be the only hope to offer Apple a run for its money. Consumers initially welcoming Apple with open arms now fear an Apple dominated and controlled future. They are increasingly turning back to ________ as the only force that can ensure their future freedom. Apple wants it all and is aiming its guns on its last obstacle to industry control: ________. Will Apple dominate the entire app industry? Was George Orwell right about 1984?"

SoldOnApple
Why do dating services even need apps, they could run their services through websites and keep 100% of the profit from any fees they charge. 100% is more than 70%.
Score: 13 Votes (Like | Disagree)

A future dominated and controlled by one big evil corporation.

Steve Jobs said this once:


Replace IBM with Apple and those with open eyes will see that it's not too far off from the truth.

In 1984 there was little competition to ibm. In 2022 there is plenty of competition to Apple. Apple in 2022 according to global market share is a minority.
Score: 13 Votes (Like | Disagree)

4jasontv
Anyone that has ever given an irrationally angry customer what they asked for can feel for Apple right now.
Score: 11 Votes (Like | Disagree)

honest question: how many Dutch dating apps/developers are there? and I mean developed in the Netherlands
Score: 9 Votes (Like | Disagree)

Apple is slowing becoming the very thing it promised to fight.

First it said all this protection is for consumer privacy and now that its pretty clear its for profits, apple is behaving like a Rogue tyrant that is poking elected democratic governments.

Why do they all go this way? First Google, then Lone Musk and now even Tim Apple.

I have not idea what you are talking about? Can't read your mind? What is the thing Apple promised to fight?
Score: 9 Votes (Like | Disagree)
Read All Comments