SSD prices are likely to increase globally due to contamination issues at Western Digital and Kioxia's NAND production facilities, and Apple devices may be affected (via TrendForce). 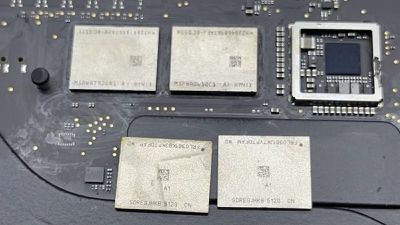 The M1 MacBook Air's SSD modules
Western Digital says that it has lost 6.5 exabytes worth of BiCS 3D NAND flash storage due to use of contaminated materials at two of its plants in Japan in January. The facilities are jointly run by Western Digital and its partner Kioxia, which was previously part of Toshiba. What caused the contamination and when production is expected to resume has yet to be confirmed.

Western Digital and Kioxia are among the world's leading SSD suppliers, with their joint production amounting to around 30 percent of the entire NAND flash market. TrendForce's market research indicates that the price of NAND, which is the main component of SSDs, could spike by up to 10 percent starting in the second quarter of 2022.

Western Digital and Kioxia primarily offer SSD and eMMC storage drives for PCs, but iFixit teardowns have shown that Apple uses Kioxia NAND chips in many of its products, including the iPhone 13 lineup, the iPad Pro, and the 14- and 16-inch MacBook Pro. Whether any existing Apple products manufactured with Kioxia storage in January will need to be recalled is currently unclear.

Many of Apple's Mac SSDs have been supplied by Samsung in recent years, but the company has increasingly turned to custom storage solutions, culminating in the proprietary SSD components on Apple's ‌M1‌ Macs being soldered in place.

If Apple devices are not directly impacted by contaminated Kioxia hardware, it is still possible that a tightening of supply across the industry could drive up Apple's costs, but whether the company will absorb these price rises or pass them on to consumers is yet to be seen.

TheYayAreaLiving ?
Not to worry. An Apple polishing cloth will do its magic and clean the contaminated SSD modules :cool:
Score: 61 Votes (Like | Disagree)

ian87w
With the way Apple is charging for storage upgrades, Apple probably already calculated all of this. That's the beauty of having such fat margin.
Score: 29 Votes (Like | Disagree)

Wildkraut
No prob, Apple customers will... 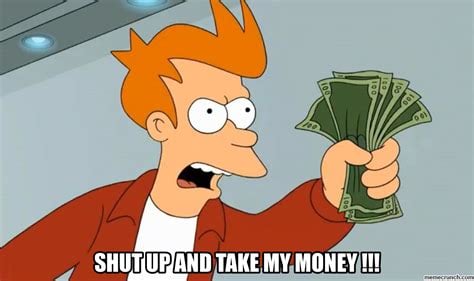 laptech
Worldwide SSD supplier screws up and it's the customers that pay the price for that screw up. Sounds about right in todays world.
Score: 16 Votes (Like | Disagree)

JippaLippa
Considering how "cheap" storage upgrades already are on macs...
This is excellent news!
Score: 13 Votes (Like | Disagree)
Read All Comments

Thursday March 3, 2022 8:42 am PST by Mitchel Broussard
Amazon's all-time low discount on the 14-inch MacBook Pro (M1 Pro, 16-core GPU, 1TB SSD) has returned this week, dropping the price of the notebook to $2,249.99 with on-page coupon, down from $2,499.00. This sale is only available in Silver, and you won't see the sale price until you reach the checkout screen due to the automatic on-page coupon. Note: MacRumors is an affiliate partner with...
Read Full Article • 16 comments

Friday March 25, 2022 6:46 am PDT by Mitchel Broussard
Amazon today has the 14-inch MacBook Pro with the M1 Pro/10-core CPU/1TB SSD for $2,249.00, down from $2,499.00. This sale is only available in Silver, and the notebook is shipped and sold directly by Amazon, with stock available today. Note: MacRumors is an affiliate partner with some of these vendors. When you click a link and make a purchase, we may receive a small payment, which helps us...
Read Full Article • 16 comments

Wednesday November 30, 2022 12:43 pm PST by Juli Clover
Twitter CEO Elon Musk today met with Apple CEO Tim Cook at the Apple Park campus in Cupertino, California, according to a tweet shared by Musk this afternoon. Musk thanked Cook for taking him around Apple's headquarters, with no mention of what the two might have discussed. The meeting comes just after Musk on Monday claimed that Apple has "mostly stopped" offering ads on Twitter, and that...
Read Full Article • 345 comments