Apple and its supplier Broadcom today convinced a U.S. appeals court to reject a jury verdict that required them to pay $1.1 billion for infringing on Wi-Fi patents that belong to the California Institute of Technology (via Reuters). 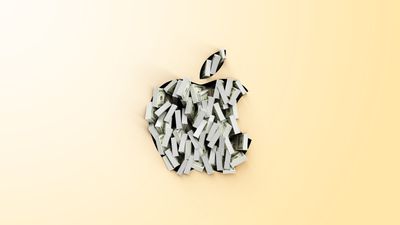 In 2016, Caltech accused Apple and Broadcom of infringing on its patents related to the Wi-Fi technology used in many Apple devices. Caltech's patents, granted between 2006 and 2012, are highly technical and relate to IRA/LDPC codes that utilize simpler encoding and decoding circuitry for improved data transmission rates and performance. The technologies are implemented in both the 802.11n and 802.11ac Wi-Fi standards used by many Apple products.

In the court filing with the U.S. District Court for Central California, Caltech accused Apple of selling various iPhone, iPad, Mac, and Apple Watch models, along with other Wi-Fi products, that incorporate these IRA/LDPC encoders and/or decoders and thereby infringe upon four of Caltech's patents. Broadcom, as one of Apple's main suppliers of Wi-Fi chips, was also named in the complaint. At the time, Apple used Broadcom chips in the Apple Watch, ‌iPhone‌, and ‌iPad‌, as well as the MacBook Air, MacBook Pro, and iMac.

In 2020, a jury verdict ordered Apple and Broadcom to collectively pay Caltech a fine of $1.1 billion for the patent infringements. Apple was ordered to pay $838 million, while Broadcom was ordered to pay $270 million. Apple hoped to invalidate one of the patent claims, but this was subsequently declined by the U.S. Court of Appeals.

The U.S. Court of Appeals for the Federal Circuit today declared that the $1.1 billion award, which is one of the largest in U.S. history for a patent dispute, was not justified and ordered a new trial. The new damages trial will only reconsider Caltech's awarded sum, rather than revisiting the patent infringement itself.

Good, Apple stealing tech should be punished. I wonder how Apple would feel if you used their technologies without being asked? Prepare to get homeless‘d.

It is part of the 802.11 standards. If anything the IEEE should be the one in hot water, not Apple or Broadcom.
Score: 11 Votes (Like | Disagree)

If it is part of a standard, the patents should no longer be enforceable, or any fees are paid by use of the standard.

It becomes part of the FRAND system where everyone basically pays the same fees.

APple basically took the tech, the design of others and copied it. Apple Was approached and notified and REFUSED to pay the FRAND price.

FRAND pricing is where a patent becomes unavoidable and MUST be made available to ANYONE at a fair price that anyone can or is willing to pay.

Apple did not sue and say the FRAND price was to much just that they didn't want to pay it. to date no one has really sued these owners of the patent for being TO EXPESNIVE which you can do with FRAND patents since they must be affordable and available to the publics.


This was apple being cheap
Score: 8 Votes (Like | Disagree)

Mitochris
Were these patents under some open license agrement? I have a problem with universities making major money out of their work. They get tax benefits, get government funding or money via donations that are tax deductible. Their work should benefit all, as it is sponsored by all. If it was a minimal fee then ok, but the 1Billion sound like a major patent dispute.
Score: 7 Votes (Like | Disagree)

You are assuming Apple is at fault. My question is that if the technology is part of a recognized industry standard and is built into Broadcoms chips, how is it that just Apple is violating the patents?
Apple has deep pockets. Makes them an easy target for stuff like this. Even if Caltech gets $100m, then they still win. That’s prob the budget of multiple departments there.

Both Apple and Broadcom where found at fault.
Broadcom decided that they do not want to pay for the license since they have no "product" that uses the patent, so the license costs are passed down to whoever buys the Broadcom chips and uses them in a product.
Apple thought that was a dumb idea and decided not to pay the license as Apple decided Broadcom should do it, and Broadcom insisted Apple should do it.
And here we are, neither paid the license, and both got sued by CALTECH.
Score: 6 Votes (Like | Disagree)

TEG
If it is part of a standard, the patents should no longer be enforceable, or any fees are paid by use of the standard.
Score: 5 Votes (Like | Disagree)

cmaier
This is one news article I am not permitted to discuss :-)
Score: 4 Votes (Like | Disagree)
Read All Comments