A man has been sentenced to 26 months time served in prison for his involvement in a conspiracy to defraud Apple out of more than $1 million by tricking the company into replacing hundreds of fake iPhones with authentic handsets through its warranty program. 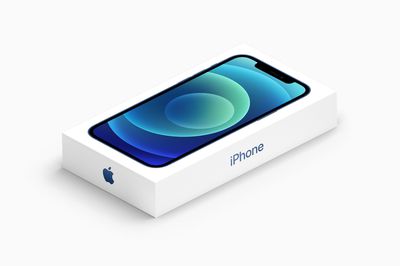 Haiteng Wu, 32, a Chinese engineering post-graduate residing in McLean, Virginia, immigrated to the United States in 2013 and secured lawful employment, before embarking on the roughly three-and-a-half-year-long scheme to defraud Apple.

As part of the scheme, Wu and other conspirators received multiple packages containing hundreds of inoperable, counterfeit iPhones from partners in Hong Kong. The phones contained spoofed IMEI numbers and serial numbers that corresponded with authentic in-warranty iPhones.

Using fake names, the conspirators then returned the inauthentic phones to Apple, claiming the "iPhones" no longer worked and should be replaced under warranty. Apple replaced the fake handsets with authentic iPhones, and Wu then shipped back the fraudulently obtained devices to conspirators overseas, including Hong Kong.

In total, Wu acknowledged defrauding Apple out of nearly $1 million and intending to defraud the company out of even more money. Wu and his conspirators were arrested in December 2019, and Wu has been in custody since.

Wu pleaded guilty in May 2020 to one count of conspiracy to commit mail fraud. On Tuesday, Judge Emmet G. Sullivan sentenced Wu to the time he had already served in custody and ordered him to pay $987,000 in restitution and an identical amount in a forfeiture money judgement.

This isn't the first time Apple has been duped into replacing hundreds of fake iPhones with authentic handsets through its warranty program. In 2019, Chinese engineering student Quan Jiang was sentenced to three years and one month of imprisonment by a US district judge after he was found guilty of scamming Apple in the same manner, also to the tune of $1 million.

Davidglenn
A few years ago a friend of mine from China dropped and broke the screen of his iPhone. He took it in to be repaired and Apple said it would take two weeks as they had to verify the phone.

These scammers have made it harder for honest legitimate customers to get fast service. Also, Apple would have increased the costs of products to cover the scammers. So everyone loses out.
Score: 36 Votes (Like | Disagree)

Reggaenald
How many phones must they have faked and gotten from Apple for $1.000.000? That’s impressive. They were very smart, but not smart enough to stop. In the end arrogance, ignorance and thirst for more and more ??? tightened their nooses.
I wonder if they had more motivation than just $.
Score: 14 Votes (Like | Disagree)

newyorksole
Bruh this guy probably came to my store when I worked in Apple Retail.

There were a LOT of customers trying this. Bringing bricked phones to have them swapped. Some got through, some didn’t. Not that it REALLY matters, but a lot of them were Chinese.

They had quite the operation. The technicians started flagging the repairs.
Score: 12 Votes (Like | Disagree)

HiVolt
So they arrest this guy, but let violent criminals out on bail, or no bail...

Tripps9000
Wow people never learn I guess getting a job and earn money the right way is dead now
Score: 9 Votes (Like | Disagree)

laptech
I wonder if Apple noticed this scam early on but let it carry on because law enforcement wanted to catch everyone involved, buyers, sellers, those that provided the fake phones, the false serial numbers and the false IMEI numbers, distributors and those in China as well.
Score: 9 Votes (Like | Disagree)
Read All Comments