A Chinese man on Wednesday pleaded guilty in Oregon to one count of trafficking in counterfeit goods, after he managed to trick Apple into replacing hundreds of fake iPhones with authentic handsets through its warranty program (via Bloomberg). 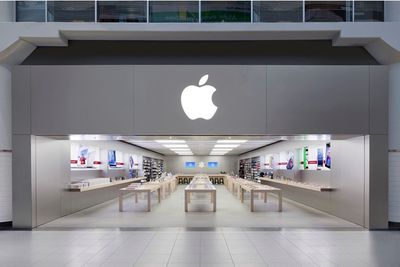 Quan Jiang, 30, a former engineering student at a community college in Albany, Oregon, sent around 3,000 counterfeit devices to Apple, via one of the state's three Apple stores or online. Jiang used fake names and claimed the iPhones wouldn't turn on and should be replaced under warranty.

Apple replaced almost 1,500 of the fake handsets with authentic iPhones, each with an approximate resale value of $600 on the Chinese market, where counterfeit Apple products are a big problem.

Apple only realized something was afoot as early as June 30, 2017, when its legal counsel sent Jiang a "cease and desist" letter to an address in Corvallis where 150 of the warranty claims had originated.

Apple's lawyers said that's when the company knew he was importing counterfeit Apple products, according to comments made by Homeland Security Investigations Special Agent Thomas Duffy in a court document.

"Submission of an iPhone that will not power on is critical to perpetuating iPhone warranty fraud, as the phone will not be able to be immediately examined or repaired by Apple technicians, triggering the Apple iPhone replacement process as part of its product warranty policy," Duffy wrote, quoting Apple brand protection representative Adrian Punderson.

According to the U.S. Attorney's Office for the District of Oregon, between January 2016 and February 2018, Jiang was the recipient of multiple packages containing as many as 20 to 30 inoperable, counterfeit iPhones from partners in Hong Kong.

After delivering the genuine replacements, Jiang's associate would pay Jiang's mother, who lives in China, who would then deposit the money into Jiang's bank account.

Apple is said to have rejected 1,576 warranty claims associated with Jiang, but the 1,493 claims that resulted in replacement iPhones being delivered by Apple represented an $895,000 loss to the company, according to court documents.

Jiang will be sentenced on August 28 and faces a maximum sentence of 10 years in prison, a $2 million fine or twice his proceeds, whichever is greater. Bloomberg reports that the U.S. Attorney's office will recommend a prison sentence of three years and at least $200,000 in restitution to Apple, under a plea agreement, provided Jiang also forfeits his 2015 Mercedes-Benz CLA 250 coupe.

surely they all had different serial numbers which were checked for the warranty? Where did he get them all from?

Wow. Seems like not reading articles is the norm these days.
[doublepost=1558610079][/doublepost]

But 150 of the claims were from the same address. Seems a big oversight to miss that!

They didn’t. He’s in jail. Read the article.

And just FYI, there are businesses that own tens of thousands of iOS devices. Hundreds of warranty claims from one address is not unusual.
Score: 14 Votes (Like | Disagree)

Did you not read the article? The guy gave fake names and probably fake addresses, so Apple likely recognised him as a different customer each time.

But 150 of the claims were from the same address. Seems a big oversight to miss that!
Score: 7 Votes (Like | Disagree)

Edsel
"U.S. Attorney's office will recommend a prison sentence of three years and at least $200,000 in restitution to Apple, under a plea agreement...."

If this is a loss of $895k to Apple, and our govt. is asking for only $200k returned, AND that he serves only 3 years in a U.S. jail, then I'd say Quan still profited by his scheme. If they had arranged jail time in the notorious Qincheng Prison, Beijing then it would be an equitable sentence.
Score: 7 Votes (Like | Disagree)
Read All Comments