Google today announced that its Google One VPN is available to iPhone and iPad users, one and a half years after promising to bring it to iOS devices. 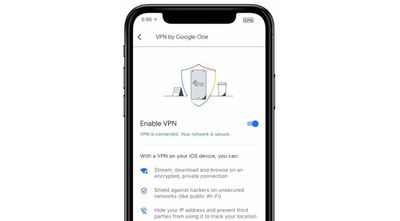 The service, which has on Android smartphones and tablets since October 2020, is available for Google One members who have the 2TB Premium plan. Google One Premium is priced at $9.99 per month or $99.99 per year, and in addition to VPN functionality, it offers 2TB of storage space and the option to share benefits with five other people.

Google says that the VPN feature can be shared with family members so everyone can get VPN protection on both Android and iOS devices. The service allows users to stream, download, and browse content on an encrypted connection, offering protection on public WiFi networks and cellular connections. VPNs also mask IP addresses, preventing websites from determining user location for tracking purposes.

Google already offers its VPN service to ‌iPhone‌ subscribers through Google Fi, a cellular service available to ‌iPhone‌ and Android users, but now those who don't have the Google Fi service will also be able to use the Google VPN if desired. It is ideal for families that have a mix of devices or users who have both Android and ‌iPhone‌ products.

The Google One VPN is available in 18 countries, including the United States, Canada, UK, France, Germany, Spain, Mexico, and more. 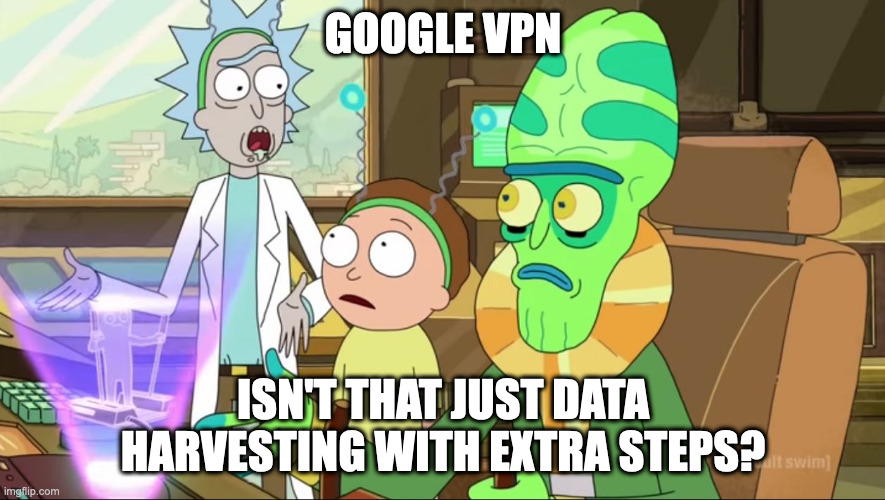 Hard pass on anything from Google
Score: 68 Votes (Like | Disagree)

Think|Different
LOL – not a chance.
Score: 54 Votes (Like | Disagree)

Arctic Moose
Tunneling all your Internet usage through the world's biggest data miner?

Yeah, good luck with that.

KaliYoni
I say a Google VPN defeats the purpose of a VPN by default. All it does is keep Google's competitors from seeing your data. The only thing worse would be a MetaVPN™ (i.e. Facebook).
Score: 33 Votes (Like | Disagree)

Apple_Robert
Is this a joke?
Score: 18 Votes (Like | Disagree)