The British Government is reportedly preparing a publicity attack on end-to-end encryption in an effort to mobilize public opinion against the technology by framing it as a child safety issue, with its main aim being to derail Facebook's plan to end-to-end encrypt its Messenger platform. 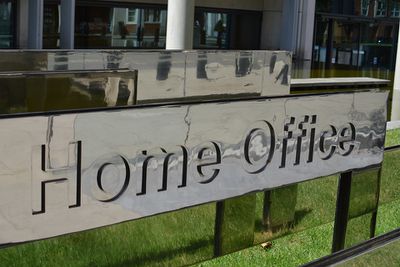 According to Rolling Stone, the Home Office has hired the M&C Saatchi advertising agency to plan the campaign, which will include a media blitz with TV ads, campaigning efforts from UK charities and law enforcement agencies, calls to action for the public to contact tech companies directly, and multiple real-world stunts, some of which have been designed to make the public "uneasy."

According to documents reviewed by Rolling Stone, one the activities considered as part of the publicity offensive is a striking stunt — placing an adult and child (both actors) in a glass box, with the adult looking "knowingly" at the child as the glass fades to black. Multiple sources confirmed the campaign was due to start this month, with privacy groups already planning a counter-campaign.

The anti-encryption stance from the UK government isn't new, but its latest effort is focused on the argument that improved encryption would hamper efforts to tackle child exploitation online. "We have engaged M&C Saatchi to bring together the many organizations who share our concerns about the impact end-to-end encryption would have on our ability to keep children safe," a Home Office spokesperson told Rolling Stone.

In a presentation produced by the UK government to recruit potential not-for-profit coalition partners, one slide notes that "most of the public have never heard" of end-to-end encryption, which means "people can be easily swayed" on the issue. Tellingly, the slide also notes that the campaign "must not start a privacy vs safety debate."

The UK government has allocated £534,000 ($730,500) of public funds for the campaign, according to a letter sent from the Home Office in response to a freedom of information request.

Facebook, recently rebranded to "Meta," has already delayed plans to use end-to-end encryption for Messenger and Instagram messages until at least 2023, a year later than previously planned. Meta said the delay was to give it extra time to coordinate with experts in the field of combating online abuse while also protecting user privacy.

Messaging platforms like Signal, Telegram, Facebook's WhatsApp and Apple's iMessage all use end-to-end encryption that prevents communications between sender and recipient from being accessed by anyone else, including the service providers. Security experts have long argued that weakening encrypted systems for such platforms would mean weakening security for everyone.

Both Meta and Apple have long fought against anti-encryption legislation and attempts to weaken platform and device encryption. In 2019, Meta successfully challenged a court order to force it to decrypt Facebook Messenger calls. The order was the result of an investigation into the MS-13 gang's activities on Facebook Messenger in California.

Apple's most public battle against the US government came in 2016, after Apple was ordered to help the FBI unlock the iPhone owned by Syed Farook, one of the shooters in the December 2015 attacks in San Bernardino.

calstanford
The UK government is one of the most horrible in the western world. No wonder CCTV capital of the world wants to read all your messages too.
Score: 55 Votes (Like | Disagree)

Apple Knowledge Navigator
There might be the added bonus of investigating parties/“work events”, no?
Score: 44 Votes (Like | Disagree)

tw!sted
I'm absolutely livid that the government is wasting half a million quid of OUR money on this ****.
Score: 34 Votes (Like | Disagree)

nwcs
Maybe it's time for the other side to start a publicity campaign to explain what can happen without end to end encryption. Plenty of examples to draw from ranging from government corruption to personal corruption. That would effectively create the privacy vs safety debate they're trying to avoid with this campaign. And it's a good debate to have and no real solution, likely, that makes everyone happy.
Score: 31 Votes (Like | Disagree)

insoft.uk
Criminals will just use one of the many third party encryption apps, one could even continue to use messenger or SMS and just send the text pre-encrypted, it’s a wast of time and effort by the government the only people that will lose out is the public as the government will be able to spy on them and that’s their real goal not the criminals that’s a smoke screen
Score: 29 Votes (Like | Disagree)
Read All Comments