Facebook, now rebranded to "Meta," is delaying plans to use end-to-end encryption for Messenger and Instagram messages until at least 2023, a year later than the previous deadline promised by the social media behemoth. 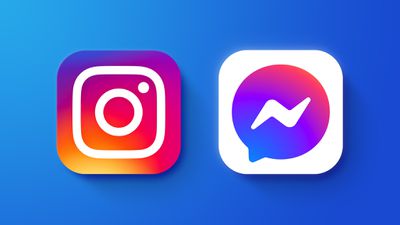 Writing in The Telegraph, Meta's head of global safety, Antigone Davis, said that the company is pushing back its deadline to roll out end-to-end encryption as the default for billions of Messenger and Instagram users until "sometime in 2023." Meta claims this delay is meant to give it extra time to coordinate with experts in the field of combating online abuse while also protecting user privacy.

We're taking our time to get this right and we don't plan to finish the global rollout of end-to-end encryption by default across all our messaging services until sometime in 2023. As a company that connects billions of people around the world and has built industry-leading technology, we're determined to protect people's private communications and keep people safe online.

Facebook had previously set in motion a plan to fully encrypt all messages in Messenger and Instagram in 2022, but following that announcement, government officials, institutions, and others raised concerns. Concerns amount to whether end-to-end encryption will make it harder for law enforcement to protect public and child safety.

Davis said that a balance can be and must be accomplished. "We believe people shouldn't have to choose between privacy and safety," Davis wrote, adding that Meta is "engaging with privacy and safety experts, civil society and governments to make sure we get this right."

Instagram, owned by Meta, has introduced features and changes to improve the platform for younger users, including automatically defaulting the accounts of users under the age of 18 to private. Meta is also relying on people's goodwill to combat possible abuse on its platform.

Third, we're actively encouraging people to report harmful messages to us and will prompt them to do so when we think there could be a problem. Once they do, we can view the reported message, investigate the content, offer support where appropriate, and take action where necessary. Where we find abuse, we make referrals to the authorities and respond swiftly to valid requests for data to support law enforcement investigations – as we always will.

Davis is defended the need for end-to-end encryption, citing recent cases with data requests from law enforcement showing that the majority of user information requested is non-encrypted in the first place. "While no systems are perfect, this shows that we can continue to stop criminals and support law enforcement," Davis wrote.

aloyouis
End to end encryption but THEY will still be reading them and lifting everything they want from the messages?

They will keep other from stealing what they steal?

So they are simply protecting their product?

TheYayAreaLiving ?
That’s fine. I don’t think anyone cares or anyone is looking forward to this.

GustavPicora
"...We're taking our time to get this right..." meaning, to add end-2-end encryption while still being able to sneak around when they want. Thats their definition of "right".
Score: 14 Votes (Like | Disagree)

macsorcery
encryption and privacy are not even in the vocabulary of people who use these apps.
Score: 10 Votes (Like | Disagree)

roar08
Translation: we need to make sure all the backdoors are properly installed.
Score: 9 Votes (Like | Disagree)
Read All Comments