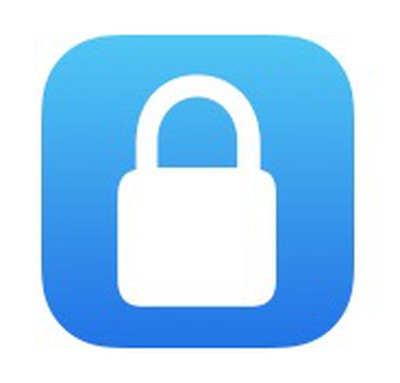 Five nations including the U.S. and the U.K. have urged tech companies to comply with requests to build backdoors into their encrypted services, or potentially face legislation requiring them to do so by law.

The statement is a result of a meeting last week between the "Five Eyes" intelligence sharing countries, which include the U.S., the U.K., Canada, Australia, and New Zealand.

In a published memo, the governments claim that the use of such backdoors for accessing encrypted data would respect personal rights and privacy, and be limited only to criminal investigations by law enforcement.

Privacy laws must prevent arbitrary or unlawful interference, but privacy is not absolute. It is an established principle that appropriate government authorities should be able to seek access to otherwise private information when a court or independent authority has authorized such access based on established legal standards. The same principles have long permitted government authorities to search homes, vehicles, and personal effects with valid legal authority.

The memo goes on to note that each of the Five Eyes jurisdictions will consider how to implement the statement principles, including "with the voluntary cooperation of industry partners", while adhering to lawful requirements for proper authorization and oversight.

The statement of principles underlines the fractious relationship between some governments and tech companies regarding encryption over the last few years, in which the popularity of digital messaging services has exploded.

The U.K. government has long argued that encrypted online channels such as WhatsApp and Telegram provide a "safe haven" for terrorists because governments and even the companies that host the services cannot read them.

In 2016, Apple and the FBI were involved in a public dispute over the latter's demands to provide a backdoor into iPhones, following the December 2015 shooter incidents in San Bernardino.

Apple refused to comply with the request, saying that the software the FBI asked for could serve as a "master key" able to be used to get information from any iPhone or iPad - including its most recent devices - while the FBI claimed it only wanted access to a single iPhone.

In another potential test case, Facebook is currently contesting a demand from the U.S. government that it break the encryption of its popular Messenger app so that law enforcement can listen in to a suspect's conversations as part of an ongoing investigation into a criminal gang.

CerebralX
Any citizen who supports this does not deserve freedom and true liberty.
Score: 83 Votes (Like | Disagree)

izyreal
This is a fundamental issue for me. I can’t support any politician that would advocate for this type of law
Score: 40 Votes (Like | Disagree)

makitango
Some time ago, citizens in my country were seen as criminals when they hid jews in their cellars. Let‘s just continue giving them the power to decide who‘s a criminal and who‘s not after having violated every possible human right in their almost already forgotten wars that are younger than 20 years, and not facing any jurisdiction, not even from within their own. Meanwhile, truthspeakers like Snowden and Assange get hunted down and silenced.
Funny how we humans live the most artificial life as per definition.
Score: 38 Votes (Like | Disagree)

Lord Appleseed
Yeah no thanks.
We don’t need and want backdoors that can be abused or hacked.
Score: 37 Votes (Like | Disagree)

diddl14
As if that would stop terrorism or make it impossible for terrorist to leverage encryption ...
Score: 33 Votes (Like | Disagree)

Moonjumper
The problem with backdoors is that sooner or later they can be opened by those it wasn’t intended for, including terrorists. Secure communication is better for our security.
Score: 33 Votes (Like | Disagree)
Read All Comments