Apple has an agreement with Google that it won't develop its own internet search engine so long as Google pays it to remain the default option in Safari, a new class action alleges.

Filed in a California court earlier this week against Apple, Google, and their respective CEOs, the lawsuit alleges the two companies have a non-compete agreement in the internet search business that violates US antitrust laws. 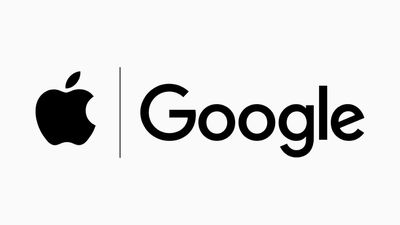 Specifically, the complaint charges Apple CEO Tim Cook and Google CEO Sundar Pichai of participating in "regular secret meetings" in which Google agrees to share its profits with Apple if it is given preferential treatment on devices like the iPhone and iPad.

The class action also alleges that Google pays Apple annual multi-billion-dollar payments based on an agreement that Apple won't launch its own competing search engine, and that the non-compete agreement includes plans to actively suppress smaller competitors and acquire actual and potential competitors.

The complaint claims that advertising rates are subsequently higher than rates would be in a competitive system. It therefore seeks an injunction prohibiting the non-compete agreement between Google and Apple, a cessation of the profit-sharing agreement and preferential treatment, and an end to the multi-billion dollar payments.

In 2020, The New York Times reported that Apple receives an estimated $8-12 billion per year in exchange for making Google the default search on its devices. According to one analyst, Google's payment to Apple in 2021 to maintain this status quo may have reached up to $15 billion.

This is believed to be the single biggest payment Google makes to anyone, and could account for up to a fifth of Apple's annual profits. But it has also drawn scrutiny in the past, in particular from the US Justice Department, which claims that the deal is representative of illegal tactics used to protect Google's monopoly and stifle competition.

The UK Competition and Markets Authority has also called the arrangement a "significant barrier to entry and expansion" for rivals in the search engine market, and in 2020 asked for enforcement authorities to be provided with a range of options to address the deal between Apple and Google to provide a more level playing field for other search engines.

Bringing the antitrust case to a San Francisco court this week, lawyer Joseph M Alioto said: "These powerful companies abused their size by unlawfully foreclosing and monopolizing major markets which in an otherwise free enterprise system would have created jobs, lowered prices, increased production, added new competitors, encouraged innovations, and increased the quality of services in the digital age."

Apple and Google would likely argue that while the payments are indeed for Google to remain the default search option, users can select other search engines in Safari including Microsoft's Bing, Apollo Fund's Yahoo, and independent search engines DuckDuckGo and Ecosia.

Apple would also likely point out that it is already in the search engine business and maintains an active web crawler, called Applebot. The crawler chiefly operates in the background to improve ‌Siri‌ and Spotlight search results, although past reports have interpreted Applebot's increased activity as Apple "stepping up efforts" to develop its own search technology should its agreement with Google become incompatible with antitrust laws.

iamgalt
So Apple is now accused of antitrust violations for NOT developing a search engine, and NOT forcing people to use a particular search engine? Just making google the default, which can easily be changed? Is there anything in this day in age that is not considered antitrust from a large company?
Score: 64 Votes (Like | Disagree)

Too bad Apple chose the money over developing a private search engine for its users.
I already changed to Ecosia. I dont really use a search engine anymore as I always visit the same sites so it works for me for the couple searches I do from time to time.

Building one as good as Google's is a monumental challenge. People will just make fun of Apple when its search results suck compared to Google's and the first thing techies recommend everyone to do is to change the default Apple search engine to Google.

In addition, if Apple made a search engine, lawyers would be targeting Apple for making its own search engine the default.

It's actually lose/lose for Apple to make a search engine.
Score: 46 Votes (Like | Disagree)

So Apple is now accused of antitrust violations for NOT developing a search engine, and NOT forcing people to use a particular search engine? Just making google the default, which can easily be changed? Is there anything in this day in age that is not considered antitrust from a large company?

No. Google is blocking Apple through money to let them compete against them. Imagine paying another carpenter in your city yearly for not working so you can have the entire market for yourself and charge whatever you want. Its gross capitalism and it needs to be stopped.
Score: 27 Votes (Like | Disagree)

If the other carpenter is happy with the deal then where's the issue exactly?

The problem is that while the paid carpenter is happy, consumers get ruined.
In this scenario, laws are there to protect users not the carpenter.

If you remove competition, prices will skyrocket.
Score: 23 Votes (Like | Disagree)

No. Google is blocking Apple through money to let them compete against them. Imagine paying another carpenter in your city yearly for not working so you can have the entire market for yourself and charge whatever you want. Its gross capitalism and it needs to be stopped.

You can easily change the search engine.
Score: 18 Votes (Like | Disagree)
Read All Comments