2022 Holidays Missing From iPhones in the UK, Australia, and Other Countries

There's an ongoing issue with Apple's Calendar app for iPhone, which causes 2022 holidays to not show up for users in a number of countries. 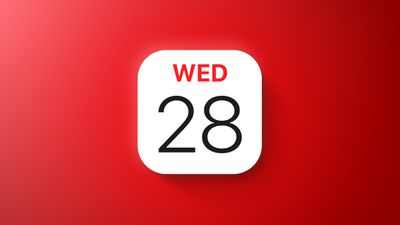 Earlier this week, we highlighted public holidays missing from devices in the UK, but MacRumors readers have let us know that this issue is much more widespread. Users in Australia, the UK, Spain, Germany, Portugal, Sweden, Denmark and other countries are not seeing holidays for their country show up in the Calendar app.

‌iPhone‌ users began asking about the missing 2022 holidays starting in mid-2021, and some assumed that the holidays would make an appearance when it rolled around to January 2022, but that has not happened.

Holidays are showing up appropriately in the United States so this is not a worldwide issue, but it does appear to be affecting a number of countries. The problem could potentially be limited to iPhones running latest operating systems as one user has said that a device with an older operating system is showing the 2022 holidays as expected, but it's not clear which versions of iOS are affected.

Given the large number of users impacted, the Calendar problem is likely a bug that Apple may be planning to address in a future update now that 2022 has rolled around and people are missing their holiday calendars or are experiencing calendar errors.

There is a solution for UK users as the government has provided a downloadable list of public holidays in a format compatible with the ‌iPhone‌ (ICS), and similar solutions may be available in other countries for those who do not want to wait for an Apple fix.

Update: Some users in affected countries have noticed that their public holidays are returning to the Calendar app, so Apple is likely rolling out a fix at this time.

Mind The Mac
As of this evening the U.K. Holiday calendar is working again, for all devices in our household. They just appeared late afternoon, when opening/refreshing the calendar.

sideshowuniqueuser
Does anyone know how to delete these holidays out of the calendar? I get a heap of them that don't apply to my state, and I can't seem to delete them!
Score: 5 Votes (Like | Disagree)

4tune8chance
Well actually you ave all been very naughty and so all holidays have been cancelled, ……. Now get back to work.
Score: 4 Votes (Like | Disagree)

MalcolmJID
Fixed for me now on Big Sur but not on my iOS 15.2 XS... even after a restart etc. (UK)
Score: 2 Votes (Like | Disagree)
Read All Comments

Monday November 1, 2021 8:14 am PDT by Joe Rossignol
Apple today announced that its extended return policy is now in effect for the holiday shopping season. The policy applies to most products that Apple sells, including the iPhone, iPad, Mac, Apple Watch, Apple TV, AirPods, HomePod mini, and more. In the United States, Canada, the UK, Australia, New Zealand, Germany, the Netherlands, and select other countries, most items purchased between...
Read Full Article • 76 comments

Friday January 14, 2022 6:13 am PST by Mitchel Broussard
Apple's AirPods 3 have returned to the low price we tracked over the holidays, priced at $139.99, down from $179.00. This is the first time we've seen the AirPods 3 hit this price in 2022 and they're in stock now. Note: MacRumors is an affiliate partner with some of these vendors. When you click a link and make a purchase, we may receive a small payment, which helps us keep the site running. ...
Read Full Article • 8 comments

Friday January 7, 2022 8:57 am PST by Mitchel Broussard
Amazon today has a solid post-holiday deal on Apple's AirPods 2 with Wired Charging Case, priced at $109.99, down from $129.00. These are in stock and sold by Amazon, ready to ship out today with a delivery date between January 10 and January 12. Note: MacRumors is an affiliate partner with some of these vendors. When you click a link and make a purchase, we may receive a small payment, which...
Read Full Article • 4 comments