MacRumors Exclusive: Get 50% Off Your First Year of Flexibits Premium for Fantastical and Cardhop

MacRumors and Flexibits have partnered up this week, offering our readers a chance to take 50 percent off their first year of Flexibits Premium, which includes popular apps Fantastical and Cardhop. This offer will run through December 31 on the Flexibits website, and the subscription supports apps across macOS, iOS, and iPadOS. 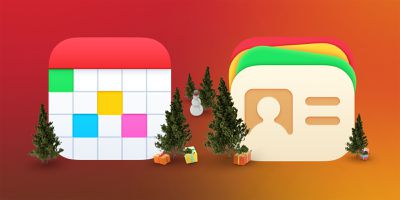 Note: MacRumors is an affiliate partner with Flexibits. When you click a link and make a purchase, we may receive a small payment, which helps us keep the site running.

The offer can be found by visiting Flexibits.com and clicking on the "MacRumors Exclusive Offer" banner at the top of every page. With this deal, you will get 50 percent off your first year of Flexibits Premium, and it can be used on either Individual Plans or on Family Plans.

Fantastical is a calendar app that can sync across apps for Mac, iPad, and iPhone. Similarly, Cardhop can sync across Apple devices and provides a more in-depth contact management platform.

We also have another exclusive app deal running this month, which takes 50% off your first year of 1Password Families. Be sure to visit our full Deals Roundup to shop for even more Apple-related products and accessories.

MrMacintoshIII
I will never, ever pay a subscription for a calendar app. If this means I eventually have to default to Apple Calendar app then so be it.

A nice big middle finger ? to this idea. I’d rather they charge $0.99 every time they update significantly, or whatever amount they deem fair.

Subscription doesn’t belong on a calendar app, and I’ll take that with me to the grave.

For now I use Fantastical after having paid once, years ago, and I’ll continue to until they remove that ability.

Edit: and maybe the middle finger is rude, and so maybe I take that back, but at the same time, I can’t help but see this as greed.

Release Fantastical 4.0, 5.0, 6.0, and charge then, once, but if you can’t figure out how to do that, I’m sorry but maybe develop other apps too if you need the cash flow, rather than expect passive income.

We ALL want passive income, app developers are not some holy grail of people that deserve it for all the hard work they do.

Many of us work very, very, hard, and will never see passive income from our efforts without savvy investing.
Score: 22 Votes (Like | Disagree)

Spidder
Are people actually paying $40 a year for a friggin calender?

The experience you get with Fantastical is easily worth the annual subscription.

mashdots
I get that the apps are cool and have a neat design but I cannot see the justification of paying $40 a year for these. It's like paying membership fees for access to apps that are slightly cooler than what come stock on every mac, iphone, and ipad.

Subscription doesn’t belong on a calendar app, and I’ll take that with me to the grave.

We ALL want passive income, app developers are not some holy grail of people that deserve it for all the hard work they do.

As a software engineer, I agree. Remember the days when you'd buy a perpetual license? And then they'd come out with a version with the upgrades worth paying for? i'd be on board for that. But a subscription for a calendar / contacts application is not a good model for a business. Sorry.
Score: 11 Votes (Like | Disagree)

This is the best looking calendar app and you get what you pay for… And if the stock Calendar app is enough for you, good for you.

- I want to see reminders and events in the today view.
- I want calendar sets.
- I want natural language entries.

No, it’s not nothing. And it’s not just $40. It’s $40 every year for as long as you want to keep using the app. If you can afford/justify that and earn enough money to dismiss $40 as “nothing” then good for you, but at least have some self-awareness about it.
Score: 10 Votes (Like | Disagree)

iamdmann
After their bait and switch to subscription after selling Fantastical on multiple platforms this company is dead to me. The pricing is outrageous as well. This is not Notability where they went subscription at a reasonable price and (eventually) kept all features for existing users. This is in the app hall of shame along with 'Deliveries' and PDF Expert. Never.
Score: 8 Votes (Like | Disagree)
Read All Comments