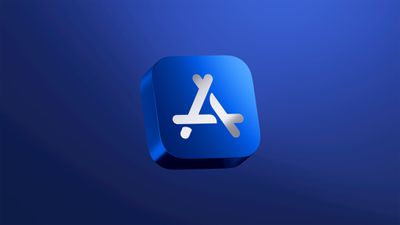 "The developers who won App Store Awards in 2021 harnessed their own drive and vision to deliver the best apps and games of the year -- sparking the creativity and passion of millions of users around the world," said Tim Cook, Apple's CEO. "From self-taught indie coders to inspiring leaders building global businesses, these standout developers innovated with Apple technology, with many helping to foster the profound sense of togetherness we needed this year."

Toca Life World, from Toca Boca, was named Apple's iPhone App of the Year. Designed for children, the app allows players to create their own worlds and bring their stories to life.

Apple's iPad App of the Year is LumaFusion, a popular mobile video editing app. It is recognized as one of the best ways to edit video on an iPhone or an iPad, with a wide range of editing tools and effects.

Multiplayer online battle arena game League of Legends: Wild Rift won the title of iPhone Game of the Year for its online play, and MARVEL Future Revolution was Apple's pick for iPad Game of the Year.

Apple also highlighted "Connection" as the trend of the year, recognizing a selection of apps and games that brought people together in meaningful ways. Apps acknowledged in this category include Among Us!, Bumble, Canva, EatOkra, and Peanut.

Each App or Game of the Year winner will receive a physical App Store award that's modeled after the design of the App Store logo. Each award is created from 100 percent recycled aluminum and it has the name of the winner engraved on the side.

That just goes to show the sad sad state of affairs of gaming on the Mac still to this day. ?
Score: 22 Votes (Like | Disagree)

It's probably all chosen by how much $ they generated for Apple.

laptech
The results are based on the opinions of Apple's global App Store editorial team. I bet if the results were based on app users opinions the results would be totally different.
Score: 7 Votes (Like | Disagree)

Don’t worry. Next year we may be lucky enough to get a port of the original Wolfenstein :D
Score: 4 Votes (Like | Disagree)

The fact that it still gets them $30 (after so many years) in revenue per sale makes it GOTY!
Score: 3 Votes (Like | Disagree)

I remember playing it in a very OLD Mac, the graphic was amazing for the times (well sure they were almost pictures...)

The point is, the fact that it is still a great game (new visuals of course) means KUDOS to the developer, they

Not a sad state, but a timeless game.
Score: 3 Votes (Like | Disagree)
Read All Comments