Subscribe to the MacRumors YouTube channel for more videos.
Priced at $1,999, the base 14-inch MacBook Pro features an ‌M1 Pro‌ chip with an 8-core CPU, a 14-core GPU, 16GB unified memory, and a 512GB SSD. The $3,499 high-end 16-inch MacBook Pro we compared it to in this video has an ‌M1 Max‌ chip with 10-core CPU, 32-core GPU, 32GB unified memory, and 1TB SSD. The two machines represent the most affordable and the most expensive stock MacBook Pro models that don't take into account upgrade options.

In our testing, the ‌M1 Max‌ unsurprisingly outperformed the lower-end ‌M1 Pro‌ chip, but what was a bit of a surprise was how well even the base ‌M1 Pro‌ chip did in our tests.

In Final Cut Pro, a video export test saw the ‌M1 Max‌ machine export a 6-minute 4K video in one minute and 49 seconds, a task that took the ‌M1 Pro‌ 2 minute and 55 seconds. When it comes to 8K RAW footage, both machines were able to handle the load. The ‌M1 Max‌ MacBook Pro performed close to flawlessly, while the ‌M1 Pro‌ had a few issues with dropped frames and stuttering, but was ultimately able to keep up.

For comparison's sake, the 2017 Mac Pro that we have is not able to handle 8K footage as well as the base model 14-inch MacBook Pro with ‌M1 Pro‌ chip. The ‌M1 Max‌ ultimately did better with our Final Cut Pro testing because of the 32 GPU cores, but the ‌M1 Pro‌ machine offered impressive performance.

In a Blender test, a complicated image of a classroom was rendered in just 8 minutes and 23 seconds on the ‌M1 Max‌ MacBook Pro, a process that took the ‌M1 Pro‌ MacBook Pro 10 minutes and 58 seconds.

We tested the memory in both machines by opening up a series of apps that one might use in a video editing workflow, like Final Cut Pro, Lightroom, Chrome, Safari, Music, and a few others, and there were zero performance hiccups across either MacBook Pro model. Intel machines with 16GB RAM often see issues with this same setup, so again, even the low-end MacBook Pro is doing well here. Both the 512GB SSD in the base model and the 1TB SSD in the 16-inch MacBook Pro performed about the same, with a 128GB file transferring from an external SSD to an internal SSD in 44 and 43 seconds, respectively.

You're going to want to watch our full video for the complete performance comparison as we also did some other tests on the two machines. All in all, if you have a workflow where seconds matter, like exporting video or working with large 3D files, you're going to save time with the ‌M1 Max‌, but the ‌M1 Pro‌, even the base model, is still a very capable machine.

BootsWalking
Here's a photo of the Intel-based MBP running the 8K export benchmark: 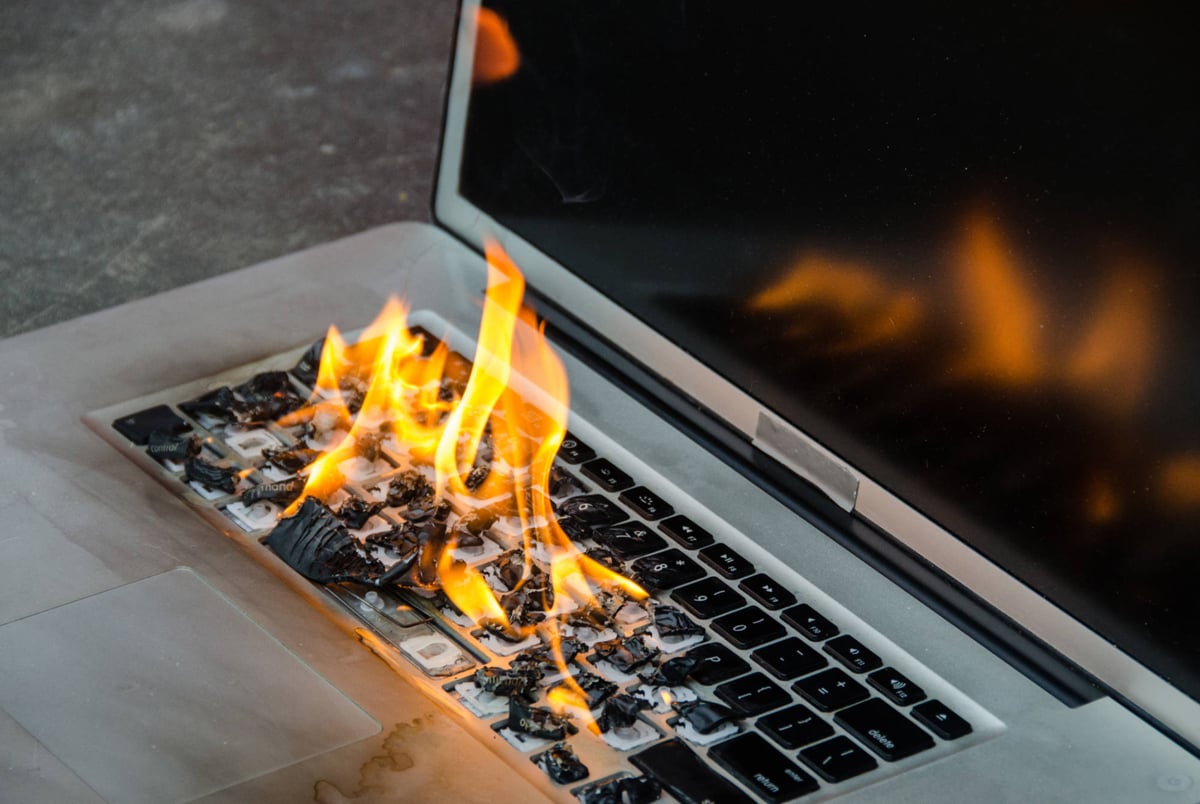 synergize
Awesome, I did not over purchase (got a 14" entry), and saved some cash and still have a smoking machine with a nice keyboard and screen! Life is good when Mac is good!

But how does it perform watching cat vids on YouTube? ;)

It seems to take 5 minutes to watch a 5-minute video, no matter what I do. Also, I notice that MacRumors forum posts take just as long to read on either machine.
Score: 34 Votes (Like | Disagree)

nathan_reilly
can they run crysis?
Score: 28 Votes (Like | Disagree)

osx'r
It would be nice to see 14" M1 Pro vs 14" M1 Max comparisons. While the M1 Pro/Max specs are the same across sizes (whether it be 14" or 16"), the thermals and cooling performance aren't, which makes comparisons like this one less than perfect.
Score: 20 Votes (Like | Disagree)
Read All Comments

Tuesday October 19, 2021 4:03 am PDT by Sami Fathi
Apple is making impressive and eye-catching claims about the performance of its new M1 Pro and M1 Max chips, and on paper, the highest-end M1 Max chip actually has more raw GPU performance than Sony's PlayStation 5. The M1 Max chip can be configured to include up to a 32-core GPU, a gigantic leap compared to the 8-core GPU option offered in the M1 chip. Apple says that the M1 Max chip uses...
Read Full Article • 510 comments