After Tuesday's "California streaming" event where Apple will unveil the iPhone 13, Apple Watch Series 7, and AirPods 3, Apple has one further event planned that will focus on new Mac and iPad announcements, according to Bloomberg journalist Mark Gurman. 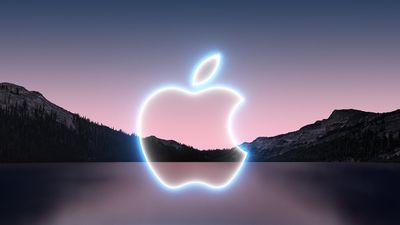 Responding to a query about new Macs, Gurman tweeted that "there will be two events," and said he expected the latter to feature both new Mac models and new iPads. In his latest "Power On" newsletter, Gurman said the second event will happen in the next "several weeks."

With several Apple product lines expected to see new additions this year, speculation had mounted regarding how many events Apple will hold in the remainder of 2021. Predictions had been further fueled by the fact that last year Apple held three separate events over September, October, and November. However, 2020 was blighted by the global health crisis, which saw Apple hold digital-only events for the first time and the iPhone 12 announcement delayed to October.

In 2021, the pandemic hasn't been as big a factor for Apple, and the company is returning to its September timeframe to announce the new ‌iPhone 13‌. Additionally, Apple's November 2020 event was exclusively about the first ever Apple silicon-powered Macs, and while the company is expected to announce redesigned MacBook Pro models this year, these will share the limelight with new iPads at a single combined event instead.

There will be two events, and I’d expect the latter to be Mac + iPad. iPhone/Watch Tuesday. https://t.co/xfAjhUkigC — Mark Gurman (@markgurman) September 12, 2021

Apple is working on an updated version of the MacBook Pro that will come in 14 and 16-inch size options. It will have thinner bezels, a larger display, and a redesigned chassis. It will use a new "M1X" chip that's an upgrade to the M1, and will mark the return of MagSafe connectivity over USB-C. Apple is also bringing back the HDMI port and SD card slot. According to Gurman, Apple has also been working on a new version of the Mac mini that will feature an M1X chip.

As for iPads, there is a new version of the low-cost ‌iPad‌ in development, and Apple has major changes in store for the iPad mini 6, which is expected to be updated with an all-display design. Like the iPad Air, it will have no Home button and it could feature a Touch ID power button.

chorion
A separate MBP- and iPad-centric event makes sense. Here's hoping it will be in October, not November...
Score: 13 Votes (Like | Disagree)

To the I/O experts: What would be the reasoning behind having an HDMI port over DisplayPort?

HDMI is far more ubiquitous across 99% of situations where you’d need/want to plug your laptop in on the go. Think TVs, Projectors, Screen Capture devices. Converters from HDMI to professional standards like SDI are more prevalent too for large event/AV setups.

DMG35
My wallet is already feeling nervous about all of these upcoming events.
Score: 10 Votes (Like | Disagree)

and will mark the return of MagSafe connectivity over USB-C.

Does that imply it will not be possible to charge over USB-C? Or just that MagSafe will be the expected and default charging method with USB-C as an alternative, if needed?

I'd certainly have hoped to be able to use either.
Score: 6 Votes (Like | Disagree)
Read All Comments