An email from Steve Jobs surfaced as part of evidence of Apple's ongoing legal battle with Epic Games, has confirmed that in 2010, the company had internal plans of working on an "iPhone nano," a possible miniature version of the ‌iPhone‌ 4. 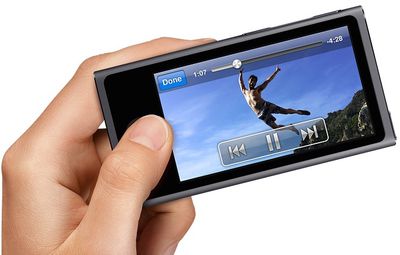 The email, spotted in a trove of evidence by The Verge, was sent by late Apple CEO Steve Jobs to fellow executives in October of 2010, months after the company had released the ‌iPhone‌ 4. The email consists of several different business plans for 2011, including Jobs wanting Apple to find its identity, its best selling points, and Apple's "Holy War with Google."

One section of the email, labeled "‌iPhone‌ - Joz & Bob," referring to current Apple executive Greg Joswiak and former Apple executive Bob Mansfield, aimed to lay out the roadmap for the ‌iPhone‌. Jobs notes in the email that for 2011, Apple would want to release a "plus" version of the ‌iPhone‌ 4 with improved antennas, a point likely inspired by antennagate, improved performance, camera, and software. Apple did ultimately follow through with that plan with the ‌iPhone‌ 4S.

The last point of the email is perhaps the most interesting, where Jobs lists "‌iPhone‌ nano plan," with a "cost goal" and "show model (and/or renderings) - Jony" sub-bullet points. Rumors were swirling between 2009 and 2011 about Apple planning to release an "‌iPhone‌ nano," which never came to fruition.

In the email, Jobs also listed wanting to create a "low-cost ‌iPhone‌ model based on iPod touch to replace 3GS". However, as The Verge notes, it's unclear if the ‌iPhone‌ nano referenced in the email is that low-cost ‌iPhone‌ Jobs was envisioning or an entirely different device.

Apple, up until 2014, had only offered one sized ‌iPhone‌. With the ‌iPhone‌ 6 in 2014, the company introduced the ‌iPhone‌ 6 Plus, introducing the "Plus" nomenclature into the ‌iPhone‌ for the first time. The company has since drastically altered its ‌iPhone‌ strategy, offering a wide range of ‌iPhone‌ sizes, hoping to target customers who enjoy larger and smaller handsets.

TheYayAreaLiving ?
What about iPhone Shuffle?

Logic368
I for one would wholeheartedly still welcome an iPhone nano :)
Score: 26 Votes (Like | Disagree)

jmh600cbr
i miss him so much. he had such a better vision than where apple is now.
Score: 26 Votes (Like | Disagree)

Blackstick
I would consider the rather petite iPhone 4 of the 2010 era to already be an iPhone nano, by 2021 iPhone standards ;)
Score: 20 Votes (Like | Disagree)

_Refurbished_
This is one thing Steve was wrong about. iPhones were about to get much larger, not much smaller.
Score: 10 Votes (Like | Disagree)

Luigi Milani
I'd love an iPhone nano, 'cause I hate big smartphones.
Score: 8 Votes (Like | Disagree)
Read All Comments